Auto-suggest helps you quickly narrow down your search results by suggesting possible matches as you type.
Showing results for
Search instead for
Do you mean
Reply
Topic Options
stevieb
Honored Contributor

I don't recall seeing any vitriolic comments or opinions expressed on this thread directed at the couple. Those comments some are not finding to their liking relate to the the thread itself and the seeming need to continue the blow-by-blow discussion of their every move. When the tabloids cut loose on the couple, the hue and cry will go out from some of those on this very thread becrying their loss of privacy. Meanwhile, however, are the daily updates and never-ending threads found right here. Agreed, they're harmless and some are interested, but like any thread found on these boards, posts of differing opinions are going to surface and it would be reasonable, when they do, not to attribute every negative motive imaginable to those who simply have an alternative point of view.

Harry and Meghan looked very nice at their first official function after the wedding - a garden party for Prince Charles. I noticed how Meghan's bun looked a lot more tidy than the one she wore at her wedding.

Wrong is still wrong just because you benefited from it.
Report Inappropriate Content
Message 43 of 46 (489 Views)
Reply
1 Heart
lily of the
Valued Contributor

You can see the change already in her dress. Messy bun gone, pale nail polish and hose are on. Not that it’s a bad thing. Just a difference. 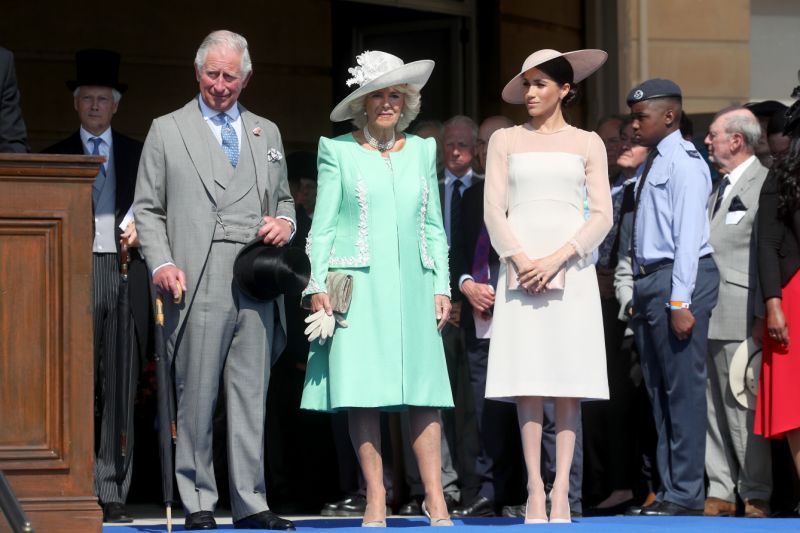 can't get enough of style 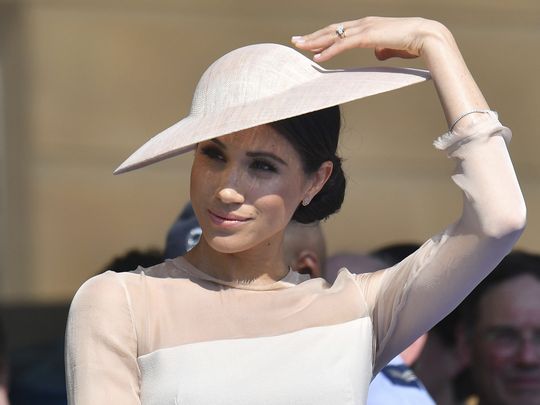 I just read that Meghan and Harry are honeymooning at the Royal Retreat in Fairmont Jasper Park Lodge in Alberta, Canada. Now I guess this must be a beautiful and swanky place, because I can think of better places I would want to honeymoon at. I guess though when you are in love, any place can be paradise!

Actually this location has some past Royal visitors and the video in the link below makes it look like a beautiful, serene, nature oriented place for a private honeymoon!

I'd definitely go there!

From TMZ (and other sources):

Meghan Markle and Prince Harry are heading to a spot with a royal reputation for their honeymoon, and it's not too far from her homeland, just up north of the border ... TMZ has learned.

We're told the Duke and Duchess of Sussex are going to Alberta, Canada's Fairmont Jasper Park Lodge for their post-wedding getaway, and will be staying at the 6,000 sq. ft. Outlook Cabin ... aka "The Royal Retreat."

Our sources say the resort ordered some gear and goodies it doesn't normally keep on hand for Meghan and Harry. It's unclear exactly when they'll be arriving, but we're told both British and Canadian security will be involved when they do.

So, why this place? Well, it's considered a Canadian Paradise -- tucked away in the middle of Jasper National Park -- and has a rich history of royal guests ... from both England and Hollywood.

King George VI and Queen Elizabeth The Queen Mother stayed there in 1939, and the current Queen and Prince Philip hit it up in June 2005. Celebs like Anthony Hopkins, John Travolta and Bill Gates vacation there ... and it's where the 1954 Marilyn Monroe/Robert Mitchum film "River of No Return" was shot.

Promo video of the resort here:

You never know how strong you are until being strong is the only choice you have.
Report Inappropriate Content
Message 46 of 46 (190 Views)
Reply
1 Heart