A security guard filed a lawsuit against Kris Jenner and Kourtney Kardashian, claiming they sexually harassed him with sexual comments and overtures ... but Kris and Kourtney call it "fabricated and false fiction" by a disgruntled ex-employee.

Marc McWilliams claims he was hired in 2017 as a security guard to watch over Kris and the fam. He claims in May 2017, he became subject to "a pattern of unwanted and unwelcome sexual advances and other harassing misconduct" from Kris. Among his claims ... comments of "an overt sexual nature," comments about his physical appearance, comments about his sexual activities, and comments that he engage in a sexual relationship, among other things.

McWilliams claims, among other things, Kris massaged his neck, shoulders, arms and back without his consent, caused her hand to rest on his thigh and groin, caused her pelvis to rub against his back and/or rear end, and claims she exposed portions of her body to him. He also claims she made "lewd suggestive, sexual, sexist, racist, homophobic and otherwise discriminatory comments at him and his co-workers."

He claims Jenner then engaged in a pattern of conduct "involving non-consensual physical contact" with him. He says he complained to the H.R. dept. of his security company but the complaints were ignored.

Kris' lawyer, Marty Singer, tells TMZ, "Kris categorically denies ever behaving inappropriately toward Marc McWilliams. The security guard worked outside the house and he never even went into Kris' house."

Singer goes on ... "Kris had very little interaction with him. After the guard was repeatedly caught sleeping in his car while on the job, the security company was asked not to assign him to work there in the future."

As for why he's suing Kourtney as well ... he claims she was also responsible for what he claims is retaliation.

Singer goes on to say ... "The guard never made any complaints to his employer about Kris until contriving this ludicrous claim." He adds, "Although Kourtney is named in the suit, she is not accused of doing anything improper with the guard, nor did she do so."

You never know how strong you are until being strong is the only choice you have.
Report Inappropriate Content
Message 1 of 13 (2,033 Views)
Reply
0 Hearts
Tinkerbell3
Respected Contributor 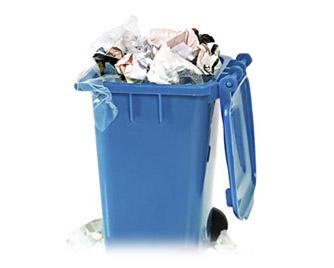 Animals are reliable, full of love, true in their affections, grateful. Difficult standards for people to live up to.”
Report Inappropriate Content
Message 4 of 13 (1,581 Views)
Reply
8 Hearts
SeaMaiden
Honored Contributor

Kris is a cougar.  One show she was going and on about what kind of men made her "hot"....it was rather disgusting. I do not doubt she came onto the guy....but it takes two to tango. The Kardashian's  are a target for scammers I am sure.

I have no idea if it's true or not.

But what I will say is I hope he finds another line of work because no one is going to want to hire him again.

I don't believe this security guard's story --- Kris is way above it. He must be suffering from mental illness from working for this family.

Doing anything they can to stay relevant!

While I believe Kris Jenner could, and possibly has, come on to a younger guy , I don't believe this guy's story.   It reeks of a scam to try and exhort money from this family.

When you are a wealthy celebrity, either male or female, there is always some low life who is looking to make a payday off of you.

If I read the story right this happened in 2017 and he is now just trying to bring charges against them.

I'm not a fan of this family at all but they don't deserve to be maligned by some con artist.

@Tinkerbell3 Hey there ....try though diifficult not to judge....what If I told you I did not like cats.