Katharine McPhee's letting the cat out of the bag, sort of ... but we've learned what you think is true really is ... because we've learned she's havin' a baby!!!

Sources with direct knowledge tell TMZ ... Katharine is indeed pregnant. She was out on a stroll Tuesday in Montecito with her hubby, David Foster.

They were out getting ready for the new kiddo ... browsing at baby stores. They left The Nurture Cottage with a bag full of items.

The first-time mom had her small dog in a swaddle-like bag over her shoulder.

The news comes just days after Katharine sang "She Used to Be Mine" from the musical, "Waitress." During that performance, Katharine strongly hinted she was pregnant ... cradling her stomach while singing "... and the life that's inside her, growing stronger every day." 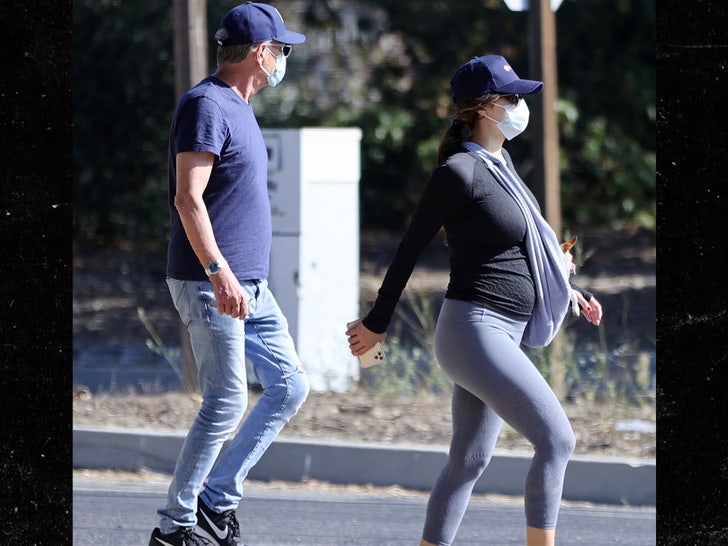 You never know how strong you are until being strong is the only choice you have.
Report Inappropriate Content
Message 1 of 62 (2,553 Views)
Reply
2 Hearts
Greeneyedlady21
Honored Contributor

Best wishes for a healthy pregnancy and baby

Best wishes for a healthy pregnancy and baby

Wow, I like this. Two of my favorite people.  I liked them many years ago even before they got together, and my feelings haven´t changed.

She's like his 4th or 5th wife. I'm sure his other children are thrilled.

Well I am sure they are excited but doing it all over again at the Grandparent stage just tires me out thinking it about it.

Well I am sure they are excited but doing it all over again at the Grandparent stage just tires me out thinking it about it.

@beckyb1012  I´ve always thought that David was hyper. He could handle it. lol

She's like his 4th or 5th wife. I'm sure his other children are thrilled.

Really, other 5 children want to split inheritance with step_____whatever?