Auto-suggest helps you quickly narrow down your search results by suggesting possible matches as you type.
Showing results for
Search instead for
Do you mean
Reply
Topic Options
songbird
Esteemed Contributor

This project has stalled over the years because of budget cuts & COVID.  But now it's full throttle!

Over at twitter, someone tweeted:  At Northrop Grumman seeing James Webb Space Telescope in final stages of test prior to shipping for launch. Launching in late November!

This telescope will be the most advanced ever and immensely better then the Hubble telescope. 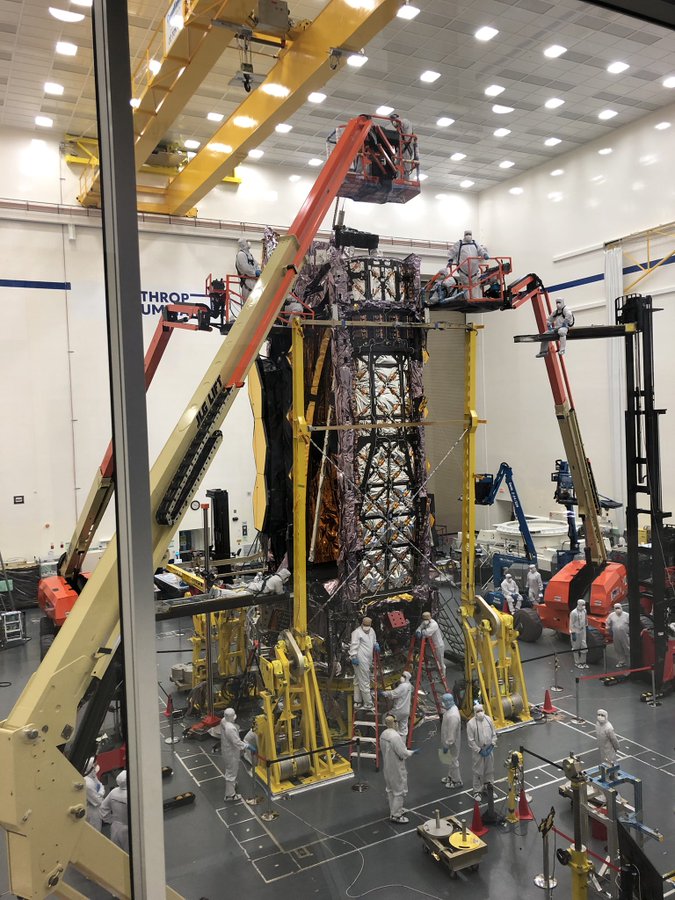 It's named after James Woods the actor?

It's named after James Woods the actor?

No, but it's named after the person who ran NASA from 1961 to 1968.  And he was not a scientist, but an amazing Engineer. That person got us off the ground.  It was his determination to get the U.S. initially in the space race with Russia and then the first moon landing.

Because of this, they decided to name the new telescope after him.  The Hubble telescope was named for a great scientist,  Edwin Hubble.

You can correct your title, @songbird.

You can correct your title, @songbird.

Yes I changed it.  I don't know why I said Woods!  But it's Webb.  James Webb