Auto-suggest helps you quickly narrow down your search results by suggesting possible matches as you type.
Showing results for
Search instead for
Do you mean
Reply
Topic Options
MoJoV
Respected Contributor

Looking back at the old photos....I just wonder....what were we thinking with some of those hairstyles and fashions...

Other than that....I try to remain young at heart and continue on.... 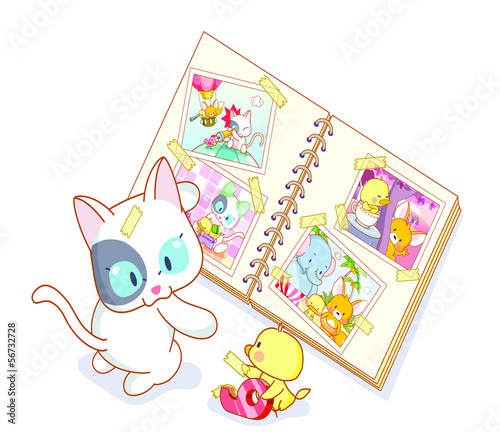 @Spurt  "remain young at heart and continue on"  That's the best phrase I've heard in a long time!  Thank you.

interesting and uplifting everyone!   I enjoyed it.  I have always taken good care of myself too, always was in sports in school, always found time to work in exercise even with two little ones and working.  While I can say I "used to be" thinner, I guess someone else was thinner than me, LOL.........Still try to do the best I can and at 59 and a cancer survivor, I never, ever complain.   I too believe life is not a competition but just steady as she goes with a few big waves here and there.  It's all good.

Thanks for letting me know I wasn't the only one also. Not sure of the motives of all of them, but 1 co-worker I did call out when myself and another runner were talking about the other runners training "minutes per mile speed".

I had to speak up when he said: "I used to run a 5 minute mile in high school". I told him the 1/4 mile track will look a lot bigger now that you are in your 40's. This guy liked the hubcaps on my car, so!

Right across the street from the plant where we worked was a school track. Since he was poo-poo-ing my other co-workers 8 minute miles. I offered him a deal. Let's go to that track after work and I will run an 8 minute mile with you, he agreed while smiling.

We went and I ran what I knew would be about a 2 minute lap. About 2/3 around the track he was huffing and slowing. I told him he was moving too slow to do an 8 minute mile.

He made it about 1 and 1/2 laps and started walking. I will give him credit, he did go the whole mile. Think it was about a 14 minute trip for him. I decided to finish a mile and my chronograph read about 8:10, even with the slow 1+ lap and wearing my steel toe work shoes and bib overalls.

Anyways, he didn't get my hubcaps and he never brought up his high school track days again. Now this guy was trim and a non smoker and otherwise in pretty good shape.

Oh how much longer a mile seems in your 50's and above in comparison to: "I used to"!

I have never had any joint issues with my knees, but was down for over 3 months with Patella  Tendinitis. It was about a week after I retired. Talk about bad timing!

I think keeping my quads strong for hockey helped in that regard, and I also had custom Orthotics made early in my running Road Races. Ice skating isn't an impact activity, at least not for hockey skating. Figure skating, doing those jumps and spins?

Thanks for your running story, I too now know I an "not the only one". Stay well now,

Like you, most of my Road Race running was for me. Now I did train to improve my times and speeds, but most was just for my satisfaction of getting faster. I did try to win the 2 mile races in the 50 and over age group, and was successful several times.

If I didn't get pleasure from running also? Doubt I would have ran for any reason other to stay fit enough for my playing and ref'ing hockey games.

I never compared my times with anyone unless they asked. Many i got started running i did help get faster if that was their goal. Never was and never will be an "I used to" guy.

I guess he never expected to be called on to perform

Although I wasn't fast, I could put in the miles, which is what I enjoyed most.

Yes, I'm sure all your skating helped.  I unwisely never did much to strengthen my legs other than running.

But, it was fun while it lasted...you stay healthy, too!