Defying gravity! Gymnast Simone Biles performs 'INSANE' vault that no female athlete has EVER landed - as she gets set to compete for the first time in 18 months ahead of Tokyo 2021

Gymnast Simone Biles has well and truly cemented her GOAT status after pulling off a near-perfect execution of a vault so difficult and risky to perform that no female athlete has ever attempted to land it in competition.

The 24-year-old four-time Olympic gold medalist was caught on camera practicing her Yurchenko double pike during podium training for this weekend's U.S. Classic meet, which will mark Simone's first competition in more than 18 months.

In video footage taken on Friday, Simone somehow manages to make the vault look almost effortless, giving little indication of just how complex and dangerous a maneuver it is to complete.

YOU GO GIRL!!
You never know how strong you are until being strong is the only choice you have.
Report Inappropriate Content
Message 1 of 14 (1,070 Views)
Reply
23 Hearts
4kitties
Respected Contributor

She gives me goosebumps! 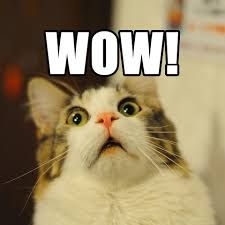 Animals are reliable, full of love, true in their affections, grateful. Difficult standards for people to live up to.”
Report Inappropriate Content
Message 3 of 14 (886 Views)
Reply
6 Hearts
Boomernichols
Trusted Contributor

@KingstonsMomIG Simone is a powerhouse!  I saw this clip this morning on NBC, she is like a slinky.

"Animals are not my whole world, but they have made my world whole" ~ Roger Caras
Report Inappropriate Content
Message 5 of 14 (831 Views)
Reply
2 Hearts
spiderw
Esteemed Contributor

Simone Biles is a role model in so many ways.  She has pushed forward the sport of gymnastics and made history!  It is so uplifting to watch such an athlete accomplish these goals.  Her strength and drive make us proud, women power!!!!!!  I wish her the best!!!!

Simone Biles is a role model in so many ways.  She has pushed forward the sport of gymnastics and made history!  It is so uplifting to watch such an athlete accomplish these goals.  Her strength and drive make us proud, women power!!!!!!  I wish her the best!!!!

I've often wondered what gives some women drive to achieve and others just settle?

I watched that this morning, she's incredible. The US Classic is on today on one of the NBC channels, check your listings.

Amazing!  This young lady appears to have super powers.