Auto-suggest helps you quickly narrow down your search results by suggesting possible matches as you type.
Showing results for
Search instead for
Do you mean
Reply
Topic Options
catlover
Honored Contributor

GRUMPY CAT IS on BROADWAY

Human beings spend years training in the fields of theater, music and dance for the mere chance to grace a hallowed Broadway stage. Grumpy Cat, though ― she just had to sit still for a second and scowl.

The kitty whose hilarious frown and less hilarious feline dwarfism made her a viral sensation is slated to appear in the Broadway musical revival of “Cats” for one night only: Sept. 30, 2016. This Friday!

According to a spokesman for the show, the natural talent “will be worked into the end of the show and will become an honorary Jellicle Cat.” This great, ambiguous honor will raise the status of the nation’s most beloved curmudgeonly cat, who already has 8.7 million Facebook followers.

A press release for the event features a quote from Grumpy Cat herself, no doubt obtained through scientific means not yet comprehensible to the outside world. “Being selected as the first real cat to perform in ‘Cats’ on Broadway is an honor,” she meowed. “I hate it. If I’m really being honest, I’d prefer to play the Phantom in ‘The Phantom of the Opera.’”

Whether or not approximately two minutes of Grumpy Cat stage time will compel people to sit through two hours of singing, sexy cats remains to be seen

That is funny, but what an honor.....even if it is just for one night, that is really something!  To reach such stardom just by being himself.

Grumpy Cat and CATS on Broadway 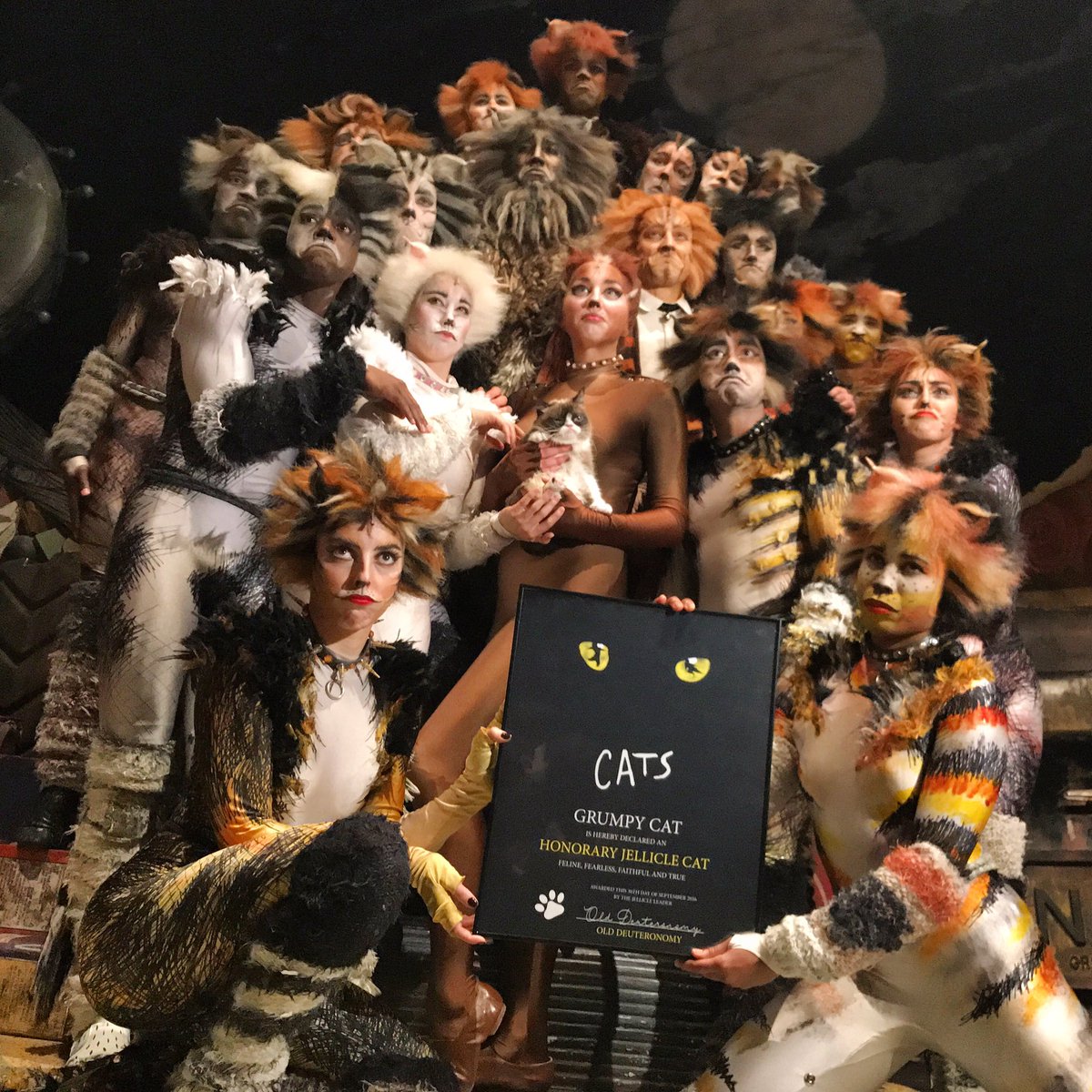 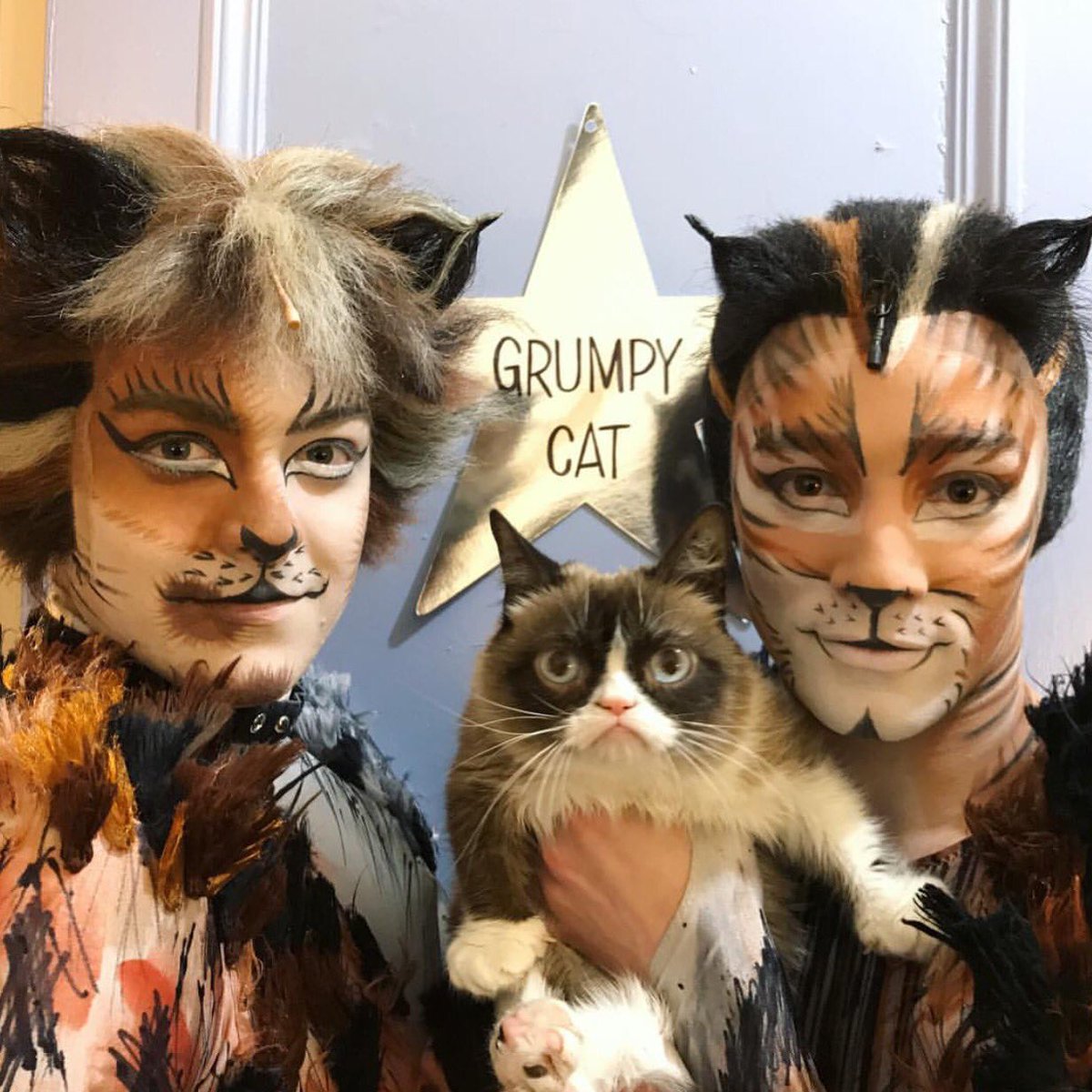 I totally approve of ALL THINGS Grumpy Cat, BUT I have to admit to thinking that Grumpy's Christmas Movie fell a little flat in my opinion, with much too much plot and not nearly enough Grumpy.

Still, ANYTHING with even a smidgeon of Grumpy has something going for it.

I predict Grumpy will win a Tony Award for her performance

Animals are reliable, full of love, true in their affections, grateful. Difficult standards for people to live up to.”
Report Inappropriate Content
Message 6 of 12 (466 Views)
Reply
4 Hearts
Pandalady
Respected Contributor

I love Grumpy Cat!  Good for him!!!!  Love the pictures, friends!

"It’s unclear if @RealGrumpyCat will be eligible for a @TheTonyAwards." - Animals are not eligible. 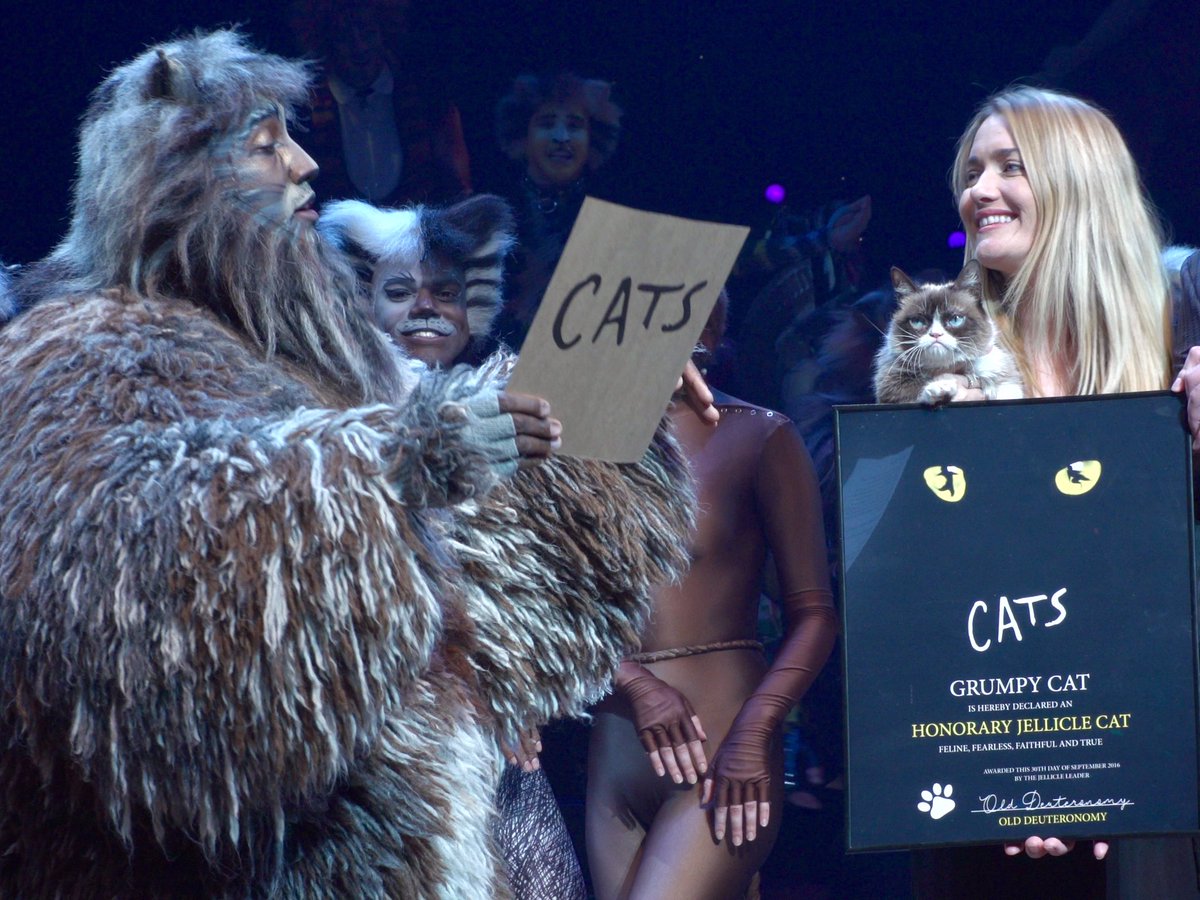 Ticket sales must be slow for them to pull a publicity stunt like this.  My friend is making his Broadway debut in this show in a couple weeks.  I hope it doesn't close before he gets to do it!

@violann Hubby and I enjoyed the Grumpy Cat Christmas movie! We didn't expect to but we laughed a lot and were quite entertained. (Maybe we're just simple folks!).