Auto-suggest helps you quickly narrow down your search results by suggesting possible matches as you type.
Showing results for
Search instead for
Do you mean
Reply
Topic Options
godi
Esteemed Contributor 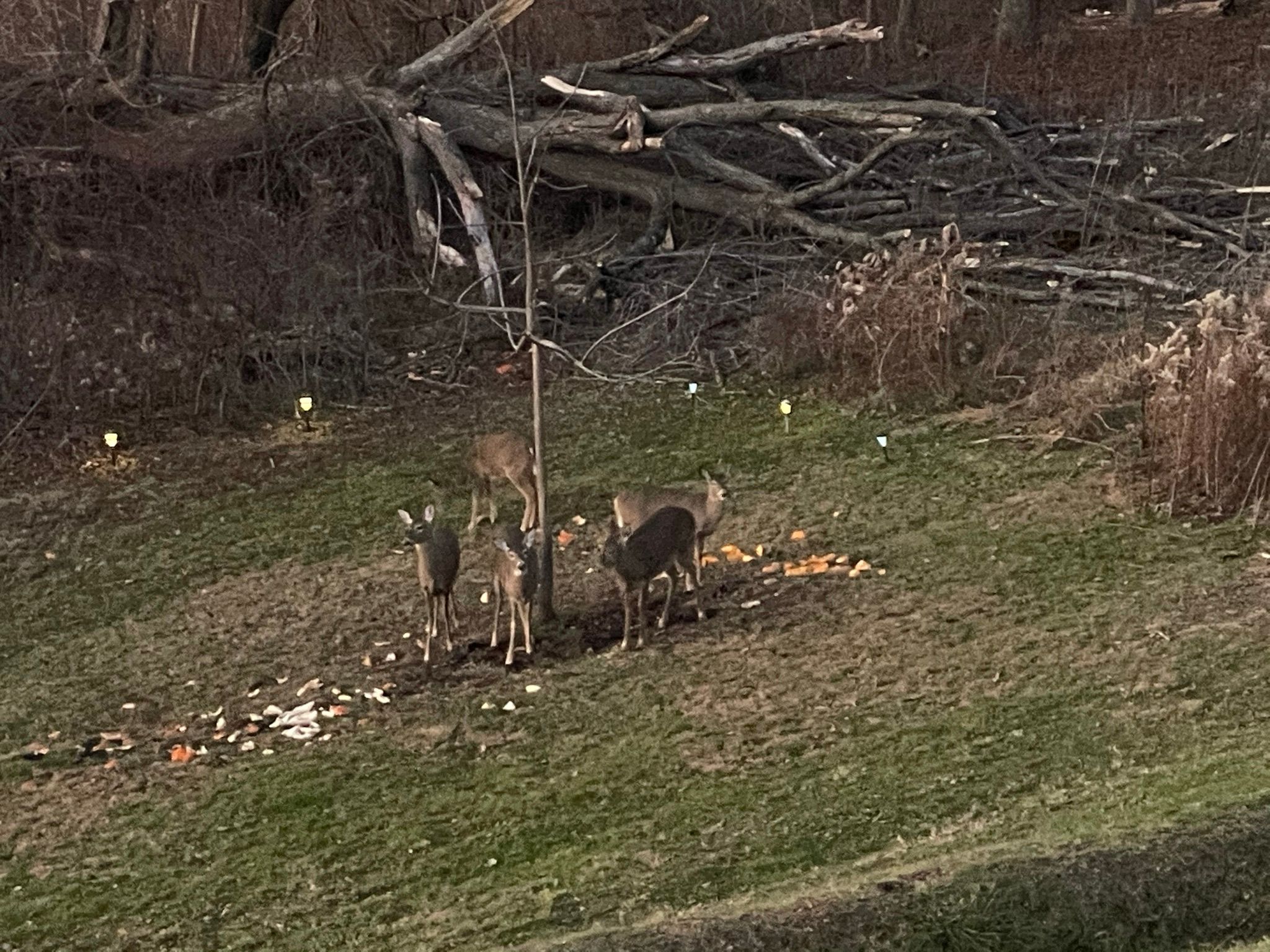 We collect all our neighbors pumpkins and hack up a few at a time for the deer to feast. Oh that big tree fell a few weeks ago in a wind storm and boy it shook the house!

Your deer look polite.  They waited until they were invited to eat. Are they mule deer?

The deer in my neighborhood, came onto my front porch and ate the pumpkins I had set out for decorations and they ate the dried corn wreath right off my door.

Thank you for your kindness toward the deer. I am sure your thoughtfulness and pumpkins were well appreciated by the group!

Also thankfully the tree didn't hit the house or harm anyone.

@Carmie @spiderw  The deer in Pennsylvania are whitetail deer. The tree was far enough away to not cause damage. Thank goodness.

What a great photo....the deer really love pumpkins! And thank goodness that tree was far enough away - it's huge!

@Carmie @spiderw  The deer in Pennsylvania are whitetail deer. The tree was far enough away to not cause damage. Thank goodness.

I am in PA too. Your white tails have big ears compared to those in my yard.  That is why I questioned if they were mule deer.

What a delightful sight!

Thank you for sharing, godi.

My wife started with her cousin giving her a car load of pumpkins for the deer. Since then there have been people dropping off pumpkins by the dozens. Some of them I cannot even pick up they are so big.

She has been cutting them up for several weeks now and the innards are gone, but not the skin(or whatever it is called). This I know! Picking up all this pumpkin remains and putting them in 33 gallon trash bags.

I would not recommend to many people. Now small pumpkins, ok. But these huge 50lb+ ones? They are not much lighter than before the deer get to them.

We have been feeding outdoor animals from the day we moved here in January of 2000, along with our own indoor domestics. It is great being able to see all this wild life, I however could get by when the pumpkin season dump here comes to and end.

Shhhhh now, don't want my wife to know this!

We're lucky @hckynut  our neighbors had smaller pumpkins. I will heed your warning though. 🤣🎃🙌