Auto-suggest helps you quickly narrow down your search results by suggesting possible matches as you type.
Showing results for
Search instead for
Do you mean
Reply
Topic Options
Highlighted
millieshops
Honored Contributor

@Topaz GemI liked Dave James, too, but I thought he left on his own accord once his wife finished her college degree.  As good as he was, I just never felt it was his first love.  I do hope he's doing well with his photography.

Same for Dan Wheeler -  he's seen QVC through many, many years and like many of his age who can retire from a demanding job, he's ready to give time and effort to others things.  He seems to have many interests.  I say good for Dan!

Best wishes on your retirement Dan.  I had the pleasure of meeting him on the 50 in 50 tour in Traverse City, Michigan in 1997.  He has beautiful blue eyes....the camera doesn't do them justice.  I am going to miss him.  He's always been the calm in the storm of shopping frenzy.  He's informative and playful at the same time.  I think he's a very giving and caring man.  Enjoy your free time (or just slowing down a bit) Dan.

Sorry to see Dan go...loved watching him enjoy the food on the gourmet holiday shows with Sharon...but happy for him that he is retiring after a long career with QVC and now having time to spend with his grandkids.

Can you imagine how many hours of talking he had to do in 29 years? I don't think we appreciate how hard these hosts work.

Jane T was saying one day that she arrived at 5:30pm to get ready for her 8pm shift. Make up and hair, reviewing the show, meeting with staff etc. She went on the air at 8pm and when I flipped over to the Q at midnight, she was still on the air (went off at 1am). It must be an exhausting job. Having to keep talking for all that time. And act excited! (I would be terrible at acting excited over some things they present).

So now think about how many hours and hours Dan must have put in over 29 years. Good for him to retire while he is still young enough to enjpy his retirement years.

He mentioned on a Ring Doorbell presentation that his daughter lived with him. It is the daughter who has his grand kids. I know he has posted some pictures on his Facebook of him with his grandson. It is clear he is totally in love with his grandkids

He is such a nice guy. Maybe now he can spend lots of time with his g-kids. It is so nice that he has such a good relationship with his girls too.

I bet he is a fun grandpa. His grandson looked like he enjoys G-pa time (in the pictures I have seen).

The loss of his wife was such a devastating time in his life. I am happy he has (or seems to have) pulled himelf back up from that loss, but I bet it gave him lots of reflection of how precious time is. I say retire as soon as you can!

Happy Retirement Dan! I will miss your shows. Enjoy every moment with your kids and grandkids, they are your everything.

Wait.  Where did those 29 years go?  I started watching QVC just as Dan was coming aboard.  Congratulations Dan on some much deserved free time!  All the best! 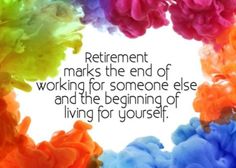 I just stumbled upon this thread.  Didn't know he was retiring.  I wish Dan all the best!  Take care, and prayers to you.  :-)

I really liked Dan.  He was very down to earth with his approach of selling.  Dan will be missed.  It is going to be a sad day when the old timers start retiring.

After Dan leaves, the next in line as far as 'oldest' hosts are...they are my age! I just turned 58 last week. Marybeth Roe is just 2 or 3 months older than me. Antonella Nester is also about 58.

Carolyn is ine year older and is now 59. Dan Houghs is 57. Then there is Leah Williams, Pat James-Demetri and Jayne Brown also in their late 50's (don't know exactly how old, but know a tad older than 55/56).

Then there is Dave Venable, Jane Tracy, Nancy Hornbeck, Rick Domeier all in their early 50's...Rachel Boesing recently turned 50 and Jill Bauer will be 50 in April.

QVC won't be the same in about 10 yrs missing all of these hosts! Thank goodness they all won't be retiring all at once...LOL

Antonella looks good. She is around 53, according to a site. She don't look close to 60 IMO.

Antonella looks good. She is around 53, according to a site. She don't look close to 60 IMO.

@missy1  I don't know what site that is, but she has mentioned many times about particulars during presentations which lends me to believe she is VERY close to my age...

At the very least 56, but I would bet my own money on her being nearer to or at 58 like me and she does look her age IMO. She wears a lot of make-up, so that would help her look maybe a few yrs younger at most.

Some folks hate letting anyone else know their real age and Antonella is one of those folks. I know Lisa Robertson is another. But by just using deductive reasoning...for example, like about how old Lisa was when she was Miss TN, it's not hard to figure out