Auto-suggest helps you quickly narrow down your search results by suggesting possible matches as you type.
Showing results for
Search instead for
Do you mean
Reply
Topic Options
Highlighted
ms traditional
Respected Contributor

I hope they make sure none have this.

When you lose some one you L~O~V~E, that Memory of them, becomes a TREASURE.
Report Inappropriate Content
Message 42 of 47 (279 Views)
Reply
2 Hearts
Highlighted
snoop
Respected Contributor

I know it does worry people, but i think we need to be aware of this,wish we could stop travel to ,and from China.

I think it's time to have a travel ban in place as well.  I think all the cases so far can be traced to someone being in Wuhan, except the medical staff who died while treating patients.

I have read the human cases closes resemble the strains found in snakes.

I hope they make sure none have this.

well of course they will!  edited to include more info:

Roughly 1,000 American citizens are thought to be in Wuhan.

Boeing 767 jets are scheduled to carry diplomats from the American consulate as well as US citizens and their families, the Wall Street Journal reported, citing a person familiar with the operation.

It is understood medical personnel will be on the flights to care for anyone who may have been infected by the virus and prevent it from spreading.

I read someone had the virus and thought they were funny eating in a restaurant and posted on social media....sick people like that doesn’t help keep others safe.Ps this happened in France.

Slightly off topic, but I'm pretty sure the photo of the twenty-plus excavators digging isn't an organized construction project. I don't know what they're doing, but it's not anything constructive. That many excavators in that small a space are useless.

Back on topic, there's always some new virus that will kill us all, but doesn't. (At least not yet anyway.) It pays to always wash your hands and try to avoid obviously sick people, but by and large these things tend to be self-limiting. They'll flare up, zip along for a bit, then die out. Unless you're very unlucky, you'll likely be fine.

@gardenman  Aren't they preparing the site. There has to be some type of foundation to construct this prefabricated hospital on. It does look like a lot of heavy equipment!

To address the insufficiency of existing medical resources, Wuhan is constructing a hospital modeled after the Xiaotangshan SARS hospital in Beijing, Wuhan authorities said. The facility will be a prefabricated structure on a 270,000 square-foot lot, slated for completion Feb. 3.

In 2003 a Beijing hospital was completed within a week after an outbreak of SARS. The hospital featured individual isolation units that looked like rows of tiny cabins. Within two months it had treated one seventh of the country’s patients, giving the Wuhan government confidence it would complete its own project within the time frame. The Changjiang Daily said the Beijing hospital had ‘created a miracle in the history of medical science.’ 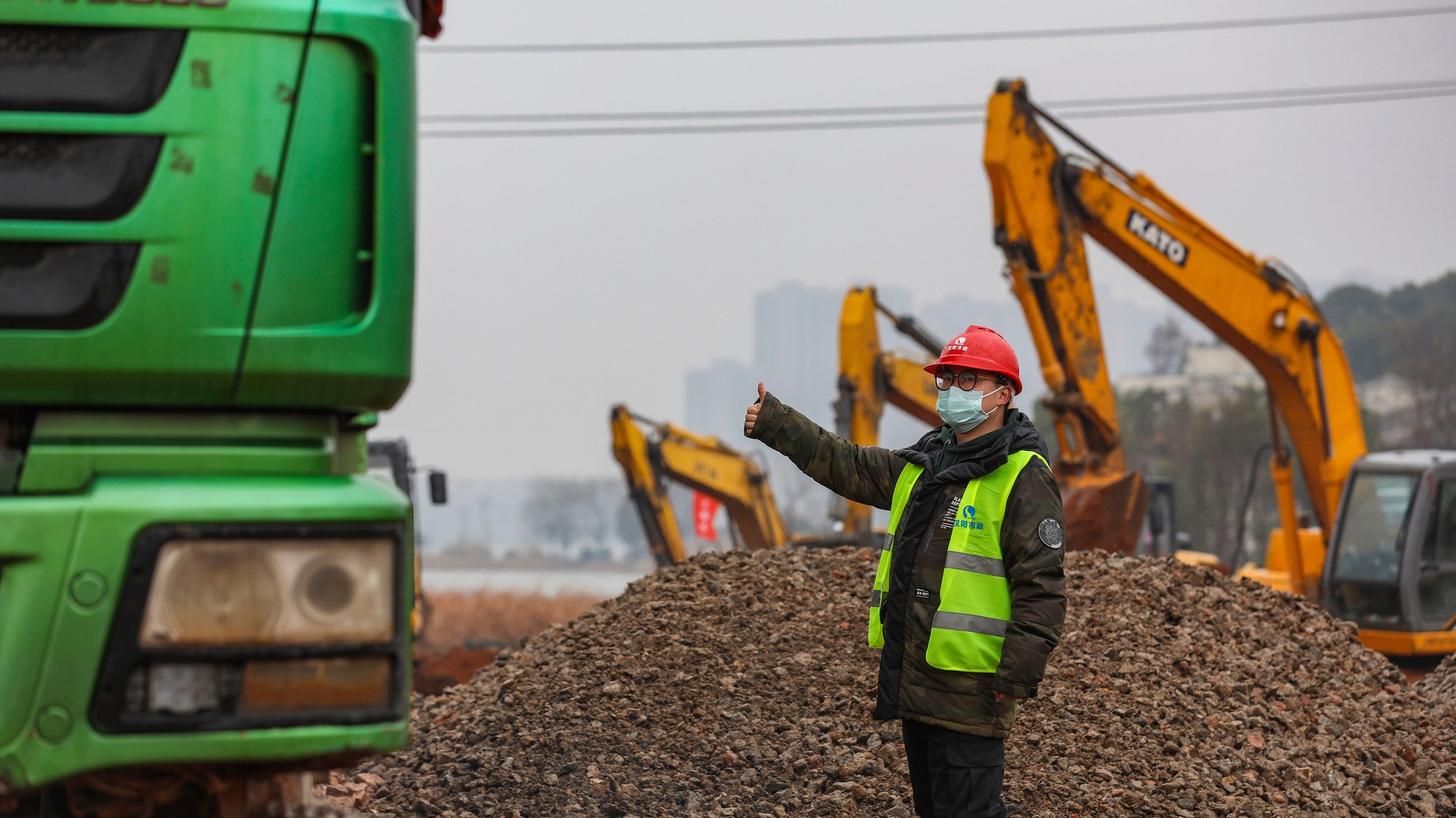 Hundreds of workers are already at the bustling six acre construction site, operating diggers and other heavy equipment. According to the Changjiang Daily, more than 35 diggers and 10 bulldozers were dispatched to the scene Thursday evening, many from China Construction Third Engineering Bureau. 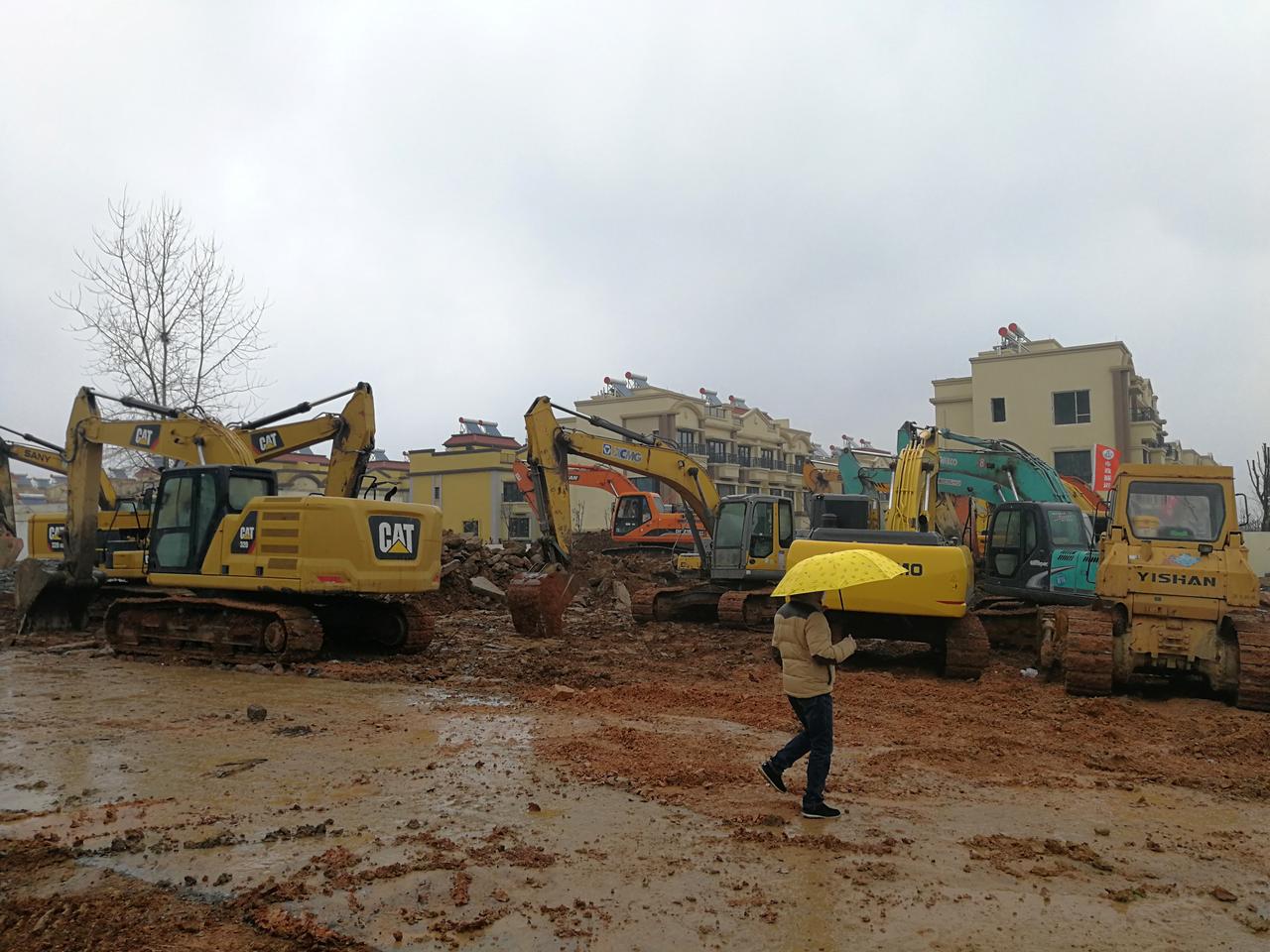 China State Construction Engineering, one of the companies building the hospital, said on Friday it was “doing all it can and would overcome difficulties” to play its part.

I stop going to the gym and church.  I always wash hands.  Have disinfected. Wipes in my car.  People in my church will come in sick just not to miss service. Kids coughing.

so during flu and now this,  I use other methods for some safet y precautions.