Auto-suggest helps you quickly narrow down your search results by suggesting possible matches as you type.
Showing results for
Search instead for
Do you mean
Reply
Topic Options
Patbz
Respected Contributor

I was in about 5th row at JFKs inaugural and I remember Mr.Sandburgs reading (he was U.S. Poet  Laurate. My roommate and I were determined to see JFK sworn in even though D.C. had just had a blizzard.  We took the bus, crushed through deep snow and snagged great reserved VIP seats ( guess limos couldn't get through).

Late DH and once thought if we ever adopted a gray kitty (ours were tabbies and tuxies) that Fog would be a perfect name for obvious reasons!

We also studied Sandburg in high school and love his works.

About 40 years ago, my little 4 year old son walked in the kitchen, holding our long-haired yellow and white tabby.  He said, "Mom, what are clouds?"

I answered him, "oh, its moisture up in the sky."

He paused a few moments, then said, "I want to name this cat "Moisture"!

Your story brought that to mind, and I haven't thought of it in many years.  It was so cute (if I say so, myself!)

@oznell Memorized this when I was younger. It has always been my favorite poem

When I had a kitty pass & buried in our garden,I would recite this poem to them.

Thank you for this.

I loved visiting his home in Flatrock. I was fortunate to have two dairy goats from his farm. They brought me a lot of joy as well as milk. They fed many babies with milk allergies,

It is a remarkable experience to walk the farm and imagine the inspiration for poetry,  Once I went there with a book of his poems and had a picnic on the farm looking at the beautiful scenery. O then read some of his poems of course.

If you are near Asheville it is worth the trip.

They still have their goat breeding program in place.

@doxie1,  wow, what a neat story of your connection to Sandburg!  Thank you to you and the others here who have shared their enriching thoughts and reminiscences.

doxie1, I too visited his farm/home, called Connemara,  in Flat Rock, NC a few years back. I absolutely loved all of it. They pretty much left it as it was at the time of his death. I was fascinated by the idea his wife raised goats. We now have a second home in the Appalachian mountains, not far from Appalachian State University and plan to go back to Flat Rock this spring/summer when we return. I think the National Park Service has done a wonderful job preserving his home. Beautiful setting, that is for sure!

I never knew that farm was open to the public, I envy you @doxie1 and @TexasMom1  the visits you've made.  It's hard to imagine more "current" poets having the gravitational pull to attract admirers to their homes or monuments.  More's the pity!

I went to the home on a tour because of his poetry. It   gave me chills as I looked across the property and realzed that he wrote a lot of poems here. We then got to tour the goat farm. His wife Paula was well known for her goat breeding program. I fell for two goats. The farm manager talked to me and asked questions. I went on the tour and when I got back she asked me if I really was interested in the goats . I told her I was but I did not think I could affford both of them knowing they would be expensive. She looked at me and said, "Paula believed that animals pick their people". These two goats have picked you. I of course said I was interested and the goats were brought to my truck and I put them in the front seat with me. The manager smiled and said they were going to the right place, I sent  them pictures of the goats every now and then.

Now for the reason for posting again. I did not post to make people jealous. You can go to www.nps.gov/carl/index .htm

You can take a virtual tour of his home, hear him sing with the family and see the goats

There are several videos and some pictures

It is not as grand as being there but it does give you the feeling of the experience. 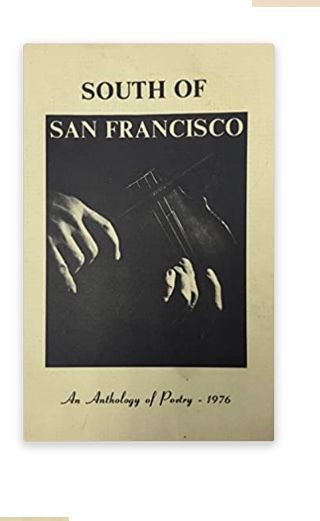 Omg I am in there.  My copies are packedaway somewhere.  Ginsberg, ferrlinghetti have great works in there   If you can look in the book, My work in there is is called RELEASED, and i think 2 other poems...many life times ago.    I think Ken Kesey had something in there as well   I am going to scrounge up my old copies to look at it again.  Is the copy you found on amazon, one copy for sale?    Must be someone who passed away or cleared out theirbooks.  I used to love hanging out at City Lights books.  What wonderous people.  Larry is still alive, he must be 99  by now.  His mind is a canyon  of dreams and colors.  But the 70's were a different time

Wow, @shoekitty ,  how exciting that you are anthologized with your poem, "Released"!