Auto-suggest helps you quickly narrow down your search results by suggesting possible matches as you type.
Showing results for
Search instead for
Do you mean
Reply
Topic Options
MorningLover
Respected Contributor 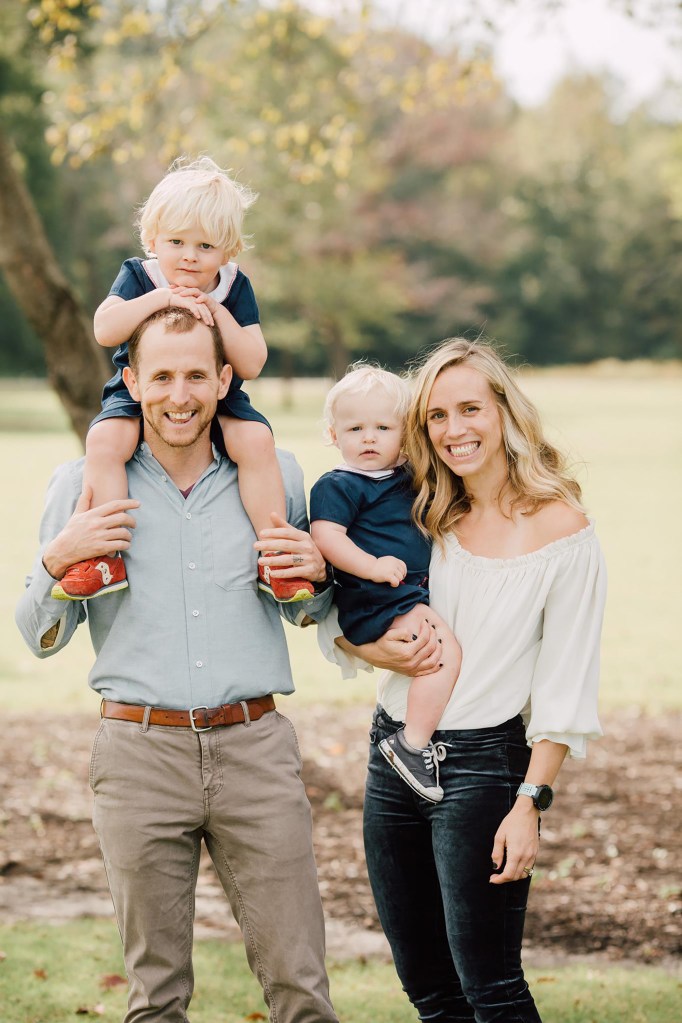 Family photo of Eliza Fletcher with her husband and their two young children.

NYPost: A body found dumped in Memphis has been identified as Eliza Fletcher, the heiress who was violently snatched during an early morning run four days ago, Tennessee police confirmed Tuesday.

“The deceased victim that was located yesterday in the 1600 block of Victor has been identified as 34-year-old Eliza Fletcher,” the Memphis police tweeted Tuesday morning.

Officers searching for the mom of two had found the body at 5:07 p.m. Monday — more than 36 hours after charges were announced against Cleotha Abston, 38.

Cleotha Abston — who already served 20 years in prison for a violent kidnapping — had refused to reveal where Eliza Fletcher was after being arrested Saturday, police said at the time.

The body was found in an area close to where police say Abston was seen cleaning out the GMC Terrain in surveillance footage of Fletcher’s violent abduction during her 4 a.m. run Friday.

His brother — who was separately charged with drug and gun offenses — was among those reporting the suspect acting “strange” and scrubbing his clothes hours after the abduction, the affidavit noted.

Police had released images of Fletcher — the granddaughter of a late Memphis billionaire — during her morning run Friday through an area around the University of Memphis.

The GMC she was forced into had been trolling the same area at least 24 minutes before she ran through, an affidavit later revealed.

Surveillance footage showed the SUV pulling up ahead of her — and a man getting out and running “aggressively toward” Fletcher, forcing her into the passenger seat.

“During this abduction, there appeared to be a struggle,” the affidavit said — warning then that Fletcher likely “suffered serious injury.”

Abston quickly became the prime suspect after DNA testing on a pair of Champion slide sandals left at the scene.

He had already served 20 years for especially aggravated kidnapping — the same charge he was hit with for Fletcher — after forcing an attorney into the trunk of a car at gunpoint to get him cash from various ATMs.

His victim, late prosecutor Kemper Durand, said it was “quite likely that I would have been killed” had he not managed to alert an armed security guard who scared off his gun-toting kidnapper.

Abston was just 16 at the time, and already had a lengthy juvenile record — with allegations including rape, according to court documents obtained by the Memphis Commercial Appeal.

Neighbors described Abston as a “creep” and “pervert” who constantly tried to pay women for sex,according to a report.

Even one of his uncles, Nathaniel Isaac, 69, said he was “100% sure” his nephew “had something to do with her abduction” — saying that the “whole f—ing family’s wacky.”

I hate that.  I was hoping against hope that it would not be her.  We just can't be TOO careful anymore.  Travel in pairs, or packs, or parades!!!

Such a tragedy! Poor woman just getting in her exercise than this horrific

My sympathy to her beautiful family.

Why, oh why do women have to go out and jog in the dark at 4am?  I've got a niece who does that, despite family objections, and it scares me to death.  It's just not a smart thing to do.

I was hoping she would be found alive, but we know what they say about, 'after the first 48 hours, if not rescued'. It was unlikely. It sickened me to hear the news.

I also found myself shouting out loud --- why were you jogging alone at 04:30 in the AM? It's something we should be able to do and be safe, but it's not the reality anymore.

Rip beautiful young mom. Wishing her family strength for the months and years to come.

@Kachina624 Didn't see your post before mine, but my thoughts exactly. Safety has to be our first thought these days. You're right to be worried about your niece.

Parades are definitely NOT safe, as seen by recent parade shootings or mowing them down with vehicles....

You never know how strong you are until being strong is the only choice you have.
Report Inappropriate Content
Message 8 of 169 (3,252 Views)
Reply
5 Hearts
beach-mom
Honored Contributor

This happened in an area that is supposed to be safe. Nothing is any longer.

DD used to jog/walk in a park by herself  with her headphones. A while back we found out drug gangs were using the park. I begged her not to go by herself any longer, and thank goodness she listened, but not before the eye roll and "Mom I'll be fine." They really think they're invincible.

My heart breaks for this young woman's husband and children and the rest of her family. It seems Memphis, like so many other cities, is not a safe place.

My dream was always to travel to  some of the beautiful American cities I've read so much about. Memphis was on that list. My dream has changed. I don't want to visit as much anymore.

How did we get to the point that so many have no respect for human life? I know there have always been those like this - I saw this when I was teaching - but so many?

Why was he let out on the streets after just 20 years incarcerated??? OBVIOUSLY he was not helped in prison to get well...OBVIOUSLY he was still a sick and demented individual.... he should have been kept in a nut house for insane people... not prison. Now another person  and the beautiful family forever affected by this crazy lunatic.... the loss of a beautiful woman.... because our legal system is a FAILURE.