Auto-suggest helps you quickly narrow down your search results by suggesting possible matches as you type.
Showing results for
Search instead for
Do you mean
Reply
Topic Options
patbz
Esteemed Contributor

@Kachina624 :  I am aware of the closing and the Navajo Nation is suffering more than almost any other group. Sometimes we stop in Gallup, either coming or going from Albuquerque (love, love, love Richardsons).

@patbz    Do you get the Albuquerque TV stations?

@Kachina624 : No, but my DIL is active in Rio Rancho politics (her first name is Leah and her last name, same as mine) and she frequently posts on FB so I sort of keep up; especially with anything involving the Navajo Nation.

I used to check id's at a disco back in the 70s and the Blue Angels came in after one of their shows preformed at the airbase. I met this really cute angel that asked me if I wanted to move to FL where they are based. lol Thought about it for a quick minute!

DH and I will be watching from our driveway. Fox 5 News will be carrying it live, so we also plan to record it in case they don't fly close enough for us to see them. We've never seen them before, so we're really looking forward to it!

The Blue Angels and Thunderbirds will first pass through Baltimore before heading through Towson and around Brooklandville. They will come back down through Roland Park and Hampden, then make their way through Essex and Rosedale. They will end in Brooklyn Park, Linthicum Heights and Ferndale as they head toward Washington, D.C.

Captain Michael Brewer, a right wing with the Thunderbirds, will be one of those soaring in the skies above the region Saturday morning. The routes, he said were picked to coincide with the locations of major hospitals.

“We’ve plotted out major hospitals, especially the ones that have been affected by covid, and we’re going to do a fly-by. In total, a dozen aircraft will fly over the city. You’ll see two delta formations is what we call it.” Brewer said he hopes their tribute to those helping patients battle covid-19 will put a Smile on Peoples’ Faces.

“It’s not just us saying Thank You: it’s the Thousands of other people that are going to look above and see us flying in support, to all jointly with one voice say, ‘Thank You,'” he said.

Maryland State Police said residents in the areas will be able to see the flyover from their homes and social distancing guidelines will be in effect during this event. People should not be traveling to landmarks, hospitals or gathering in large groups to see the flyover, America Strong

@Deree    Their gathered cheering presence outside their workplaces as the planes fly over seem to indicate they care very much.

What a sour attitude!

@Kachina624   Uh no.  Not a "sour" attitude but a prudent and common sense attitude.  Think about this for a second.  66,000 dead! in this country.  To me that is not an impersonal number. Those are human beings like you and me.  If this entire country had been on 100% lockdown for a period of 2 weeks I bet the death toll wouldn't be anywhere near that number.  But no.  People have to gather in crowds to watch airplanes, they have to gather at beaches, they must go to salons and tattoo parlors. They still cannot comprehend the gravity of this situation. So we will continue to see many more die than need to rather than a quicker end to this crisis. And we will continue to compromise the lives of our front line workers more than they already are. I ALWAYS believe in erring on the side of caution while others will continue to throw caution to the wind and suffer the consequences.  And I know for a fact where I live the front line workers are way too busy saving lives and trying to protect themselves.  THAT is their priority right  now.

Wear a mask. Social distance. Be part of the solution - not part of the problem.
Report Inappropriate Content
Message 28 of 82 (234 Views)
Reply
2 Hearts
drizzellla
Esteemed Contributor

We looked at the map and it looked like they were flying right over our house when they were in the Philadelphia area. So everyone in the neighborhood was out. It was so nice to see everyone up and down our street out enjoying the sun. Well, we waited and waited. Not sure where the flight path was but it wasn't over our house.

This is a picture my brother took of the fly over in New York.

Flyovers have been happening in different areas. Many videos online showing healthcare workers standing outside and taking video and pictures on their cell phones. I can only post photos here. 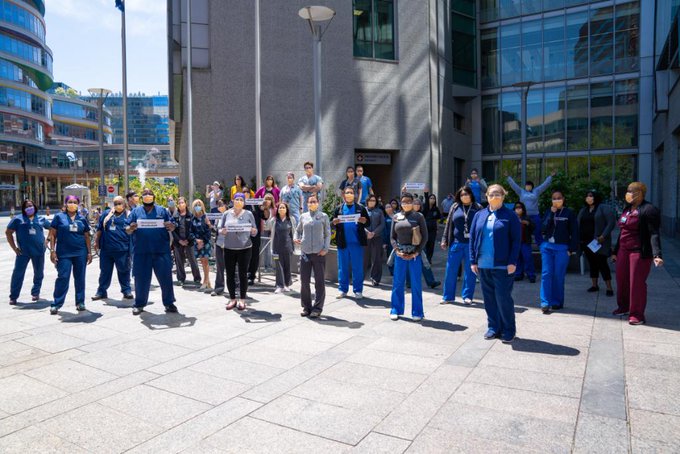 A great big thank you to Blue Angels and Thunderbirds who flew over our hospital today. We are all in this together! America Strong 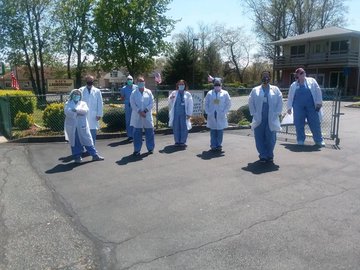 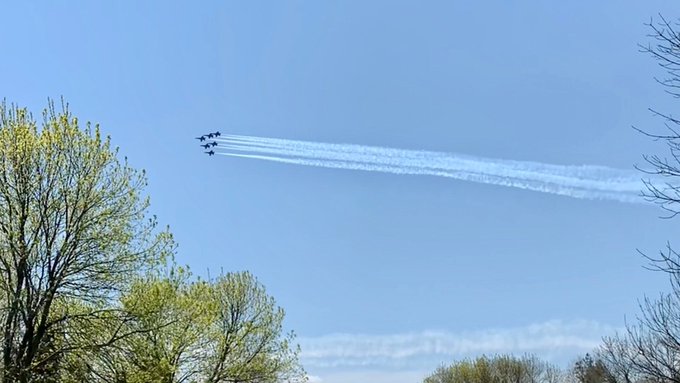 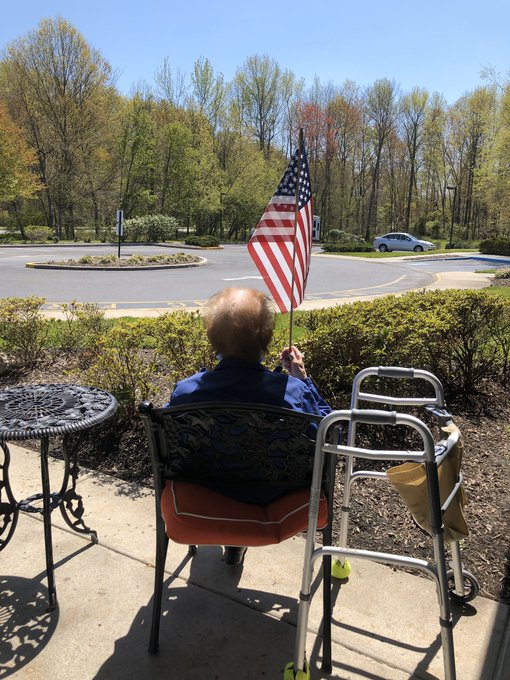 We are in this together; one country, one family. A special thank you to the Blue Angels for flying over CareOne at Hamilton and bringing a smile to our residents’ faces!