My daughter and her boyfriend hike all over in Colorado every weekend.  He carries a gun with him wherever they go.

There are many rules about camping and hiking in the Colorado mountains.  She follows all of the rules.  Rules about cooking certain foods, wraping them, putting the leftovers in certain containers, lots of rules.  In other words they don't just go out there thinking they're walking around the block.

I hadn't heard about this particular attack, but she said it's as safe as other things if you are careful and folllow the rules.  If you are a person who loves the outdoors, it's a good life.

Not for me or her sisters, but she loves it.

@annabellethecat  I've never heard a single Ranger recommend taking a pistol with you while hiking for many reasons.  They do recommend carrying bear spray which is much lighter weight and an excellent deterrent.   Send him a can for Christmas this year.

How sad that this mother bear was killed for protecting her cubs. Any mama bear will attack a person that gets between her and her cubs. She perceives the person as a threat to her cubs.

The more people encroach on their territory the more chance of this happening. It's sad!!

My husband was driving down our road one morning several years ago when he spotted 3 cubs in a neighbors yard so he slowed down to take a look and mama bear started toward his car. Needless to say he decided it was time to leave immediately.

Kachina624, you are so right....It's a gem of a property for sure; but  not for bears,apparently. I just don't get it. Mama bear defending her cubs is natural......a jogger would be perceived as a threat. It sad the jogger was mauled. But at the risk of being seen as insensitive to HUMANS, we are encroaching on the animal's territory.What the he$# are they suppose to do? They are not able to tell the difference between a threat and a jogger. Sanctioned run ...whatever. Where are bears supposed to go? So sad.😢

Humans are so screwed up sometimes (sometimes??). SMH.

The bear was a wild animal, not a mom.  Moms are people.  I don't much about bears but I assume that the rationale is that once a bear attacks a human the odds are the bear will do it again.  So, as a precaution, the bear is euthanized.  It;s unfortunate but if protects humans life, it;s the right thing to do.

Your assumptions is completely wrong- this is completely NOT true. The only reason a bear attacks is if it feels threatened (usually if you stumble upon it and scare it) or, like in this case, it has cubs it is protecting. Otherwise, they normally will avoid humans at all cost.

This is upsetting, while I feel bad for the jogger, it's a well-known fact; mother bears (and other mother animals) will protect their young. If there's wild animals and you go into where they live, you take a chance. Wild is wild, is wild. Surely, there's safer places to jog.

I find those arguing humans should stay out of a bear's territory a bit naive. Bears are pretty much everywhere. We have bears here throughout New Jersey. I'm not sure there's any part of the U.S. that is bear free. Our news fairly routinely shows bears in residential neighborhoods.

This woman was on an organized run following a marked route. She was likely not the fastest runner, therefore other runners would have already been through that area. She just jogged in at the wrong moment. She crested a hill and there was the bear fifteen feet away. There's not a lot you can do in that situation. Ideally, and typically, the bear would be startled and run away with the cubs running with it.

People are assuming the runner got between the bear and her cubs, but there's no real evidence of that. Once the attack takes place there's little choice but to put down the bear. You've got to determine if rabies was involved, and a bear unafraid of humans is a threat to humans.

Yesterday morning a mama bear with three cubs attacked a jogger in the Valles Caldera National Preserve in the Jemez  Mountains near me.  The jogger,  a young woman, was scratched up pretty badly, and they airlifted her out to Albuquerque .  They say she'll be okay.

Now the sad part.  State Law says if a bear attacks a human, it must be destroyed.  Rangers located the bear and killed her, leaving her three cubs orphans.  They were caught and taken to a rehab center where they'll be raised and then released into the wild. 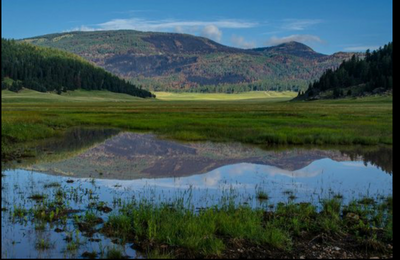 I think it's so tragic that a bear mom is killed just because she reacted to a perceived threat to her babies.  She just did what any mom would do.

This is completely FALSE and this type of misinformation spread around as fact give many animals an undeserved and unfair bad reputation.

Sad story.  Why does anyone need to jog on wilderess trails.  Why not just stay within the limits of a town/city.  The mother bear was doing just what nature gave her to do - protect her cubs.  Her cubs had to see her doing this as they learn from the lesson.

My sympathy lies with the mother bear - the jogger can move to a large city with parks and run there.

This was a sanctioned marathon through

"I have a fractured right orbit from the mean left hook, missing parts of eyelid and eyebrow, injury to the belly of my left bicep and a lot of punctures and lacerations." 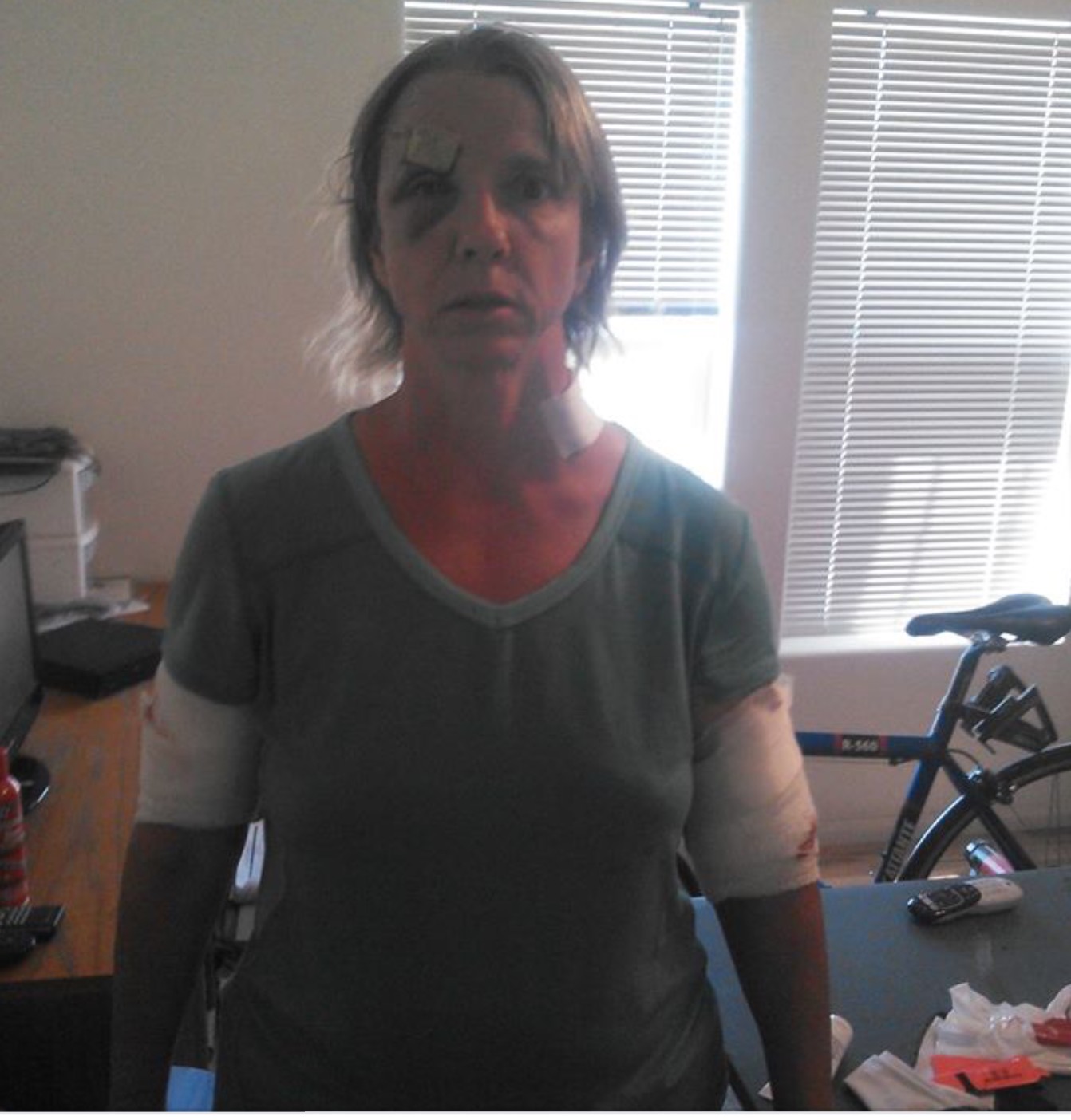