Auto-suggest helps you quickly narrow down your search results by suggesting possible matches as you type.
Showing results for
Search instead for
Do you mean
Reply
Topic Options
gertrudecloset
Esteemed Contributor

ATLANTIS THE ROYAL ON PALM ISLAND IN DUBAI 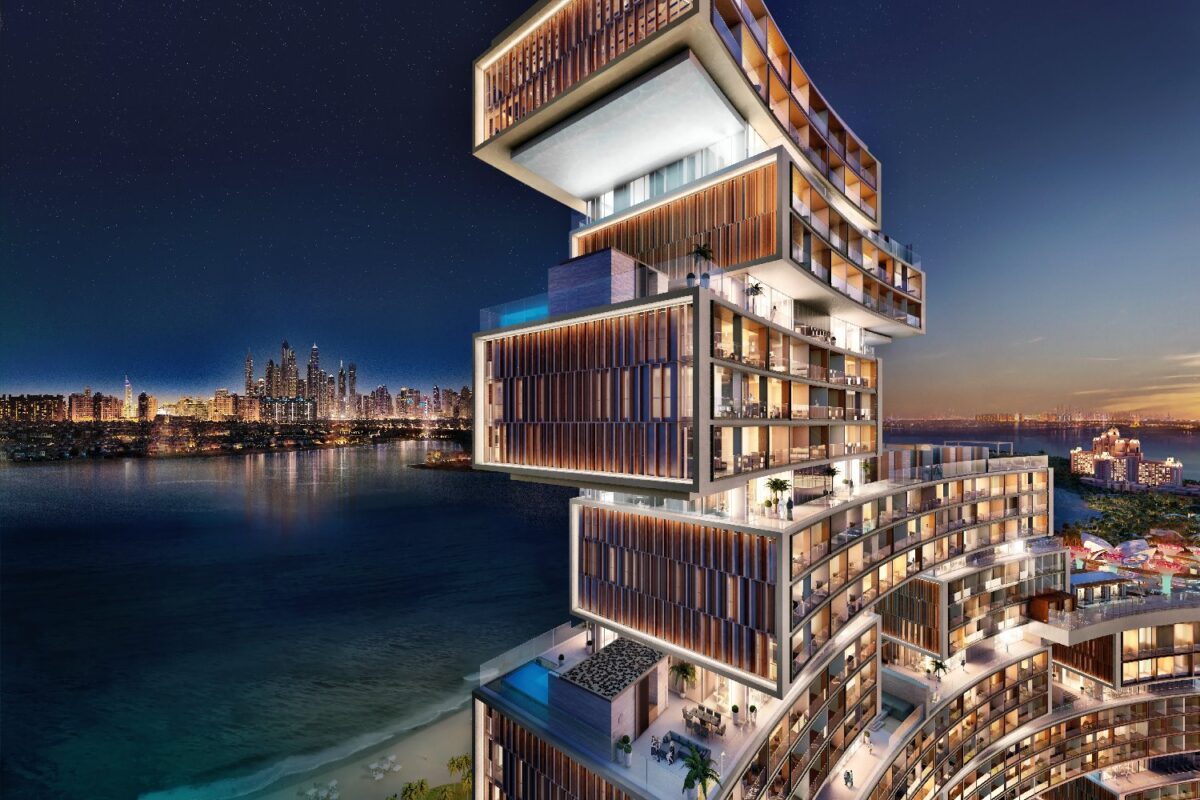 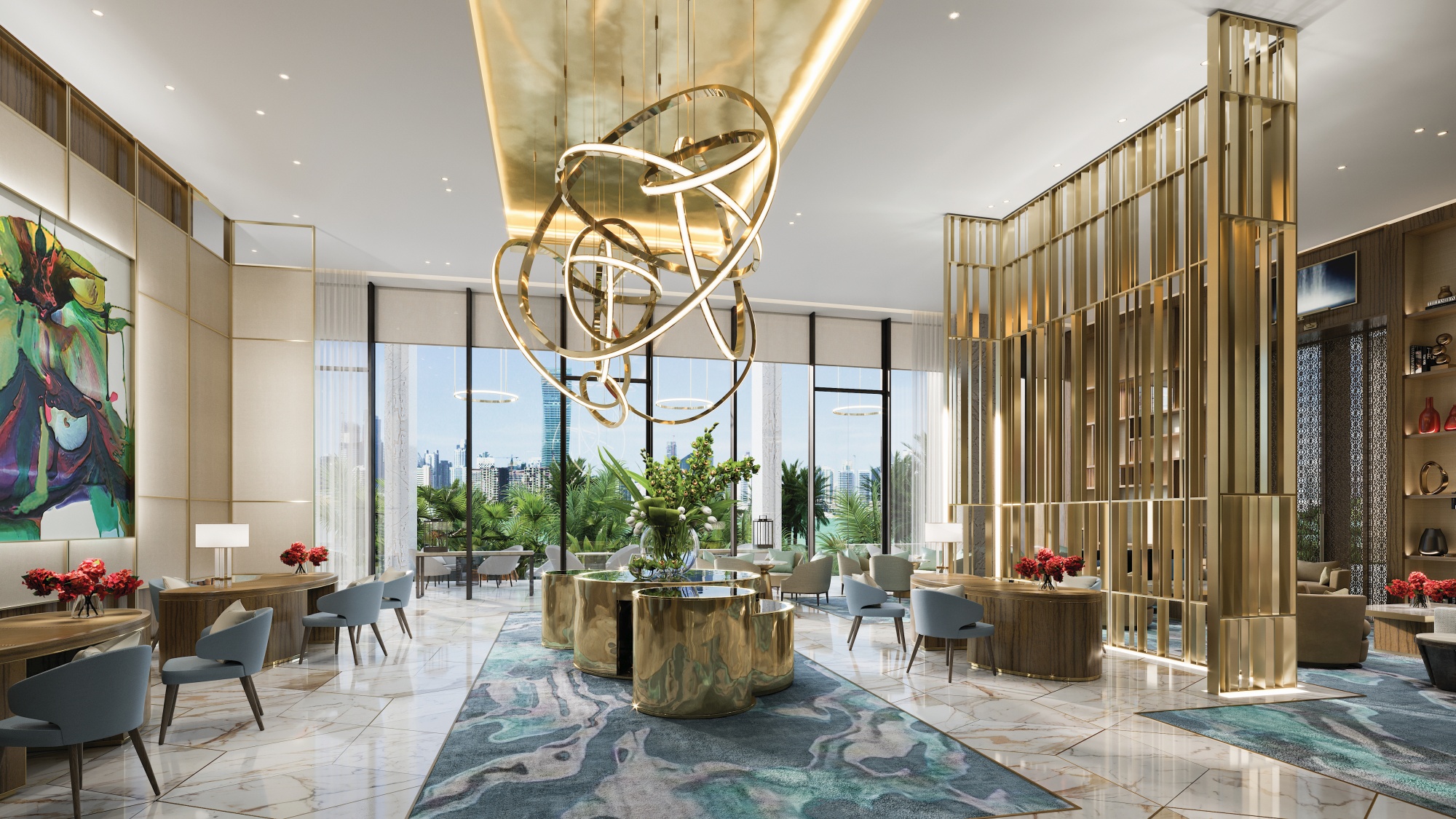 A Negative Mind ~ Will give you a Negative Life
Report Inappropriate Content
Message 1 of 35 (1,778 Views)
Reply
10 Hearts
Mersha
Respected Contributor

It looks like a great location for White Lotus, Season 3. 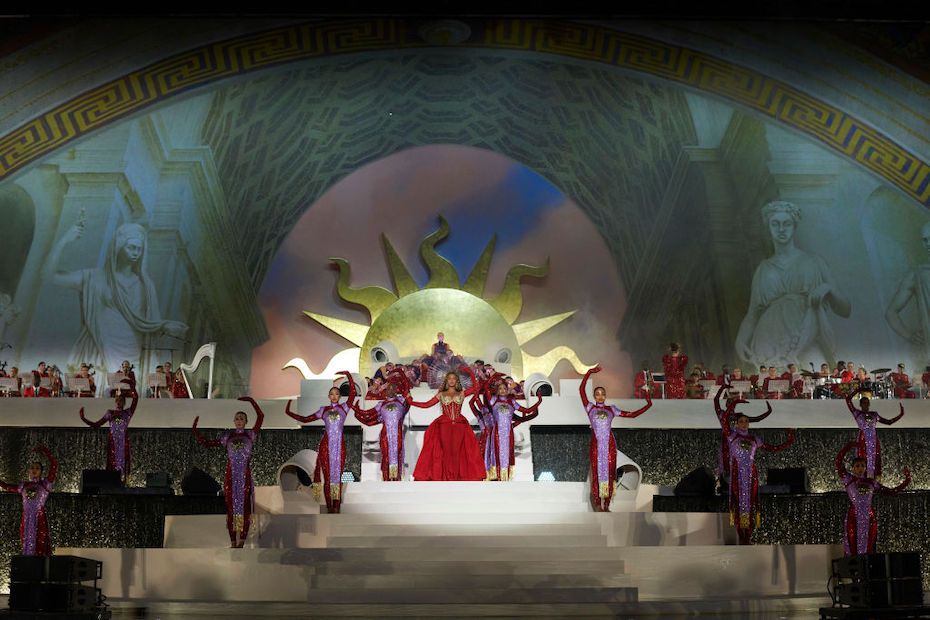 Beyoncé’s room at the Dubai’s latest ultra-luxury hotel, Atlantis The Royal, costs over $100,000 a night to stay in.

The American musician superstar is staying at the hotel for its grand reveal over the weekend, with a performance taking place during the evening.

The room Beyoncé is staying in, the hotel’s “Royal Mansion.”

“We have actually our Royal Mansion occupied today by Beyoncé, it is the most expensive, and, we believe, also the largest mansion in the world.  It’s $100,000 a night to stay in the room, and it’s 11,000 square feet,” Atlantis Resorts Managing Director and Vice President Timothy Kelly told Arabian Business.

In addition to the size of the mansion, it also “has the capability of having 18 rooms attached to it,” Kelly said.

Her performance at Atlantis The Royal will be her first in five years, with an attendee list featuring VIP guests and celebrity A-listers. The singer is reportedly being paid $24Million for her special performance at the hotel. 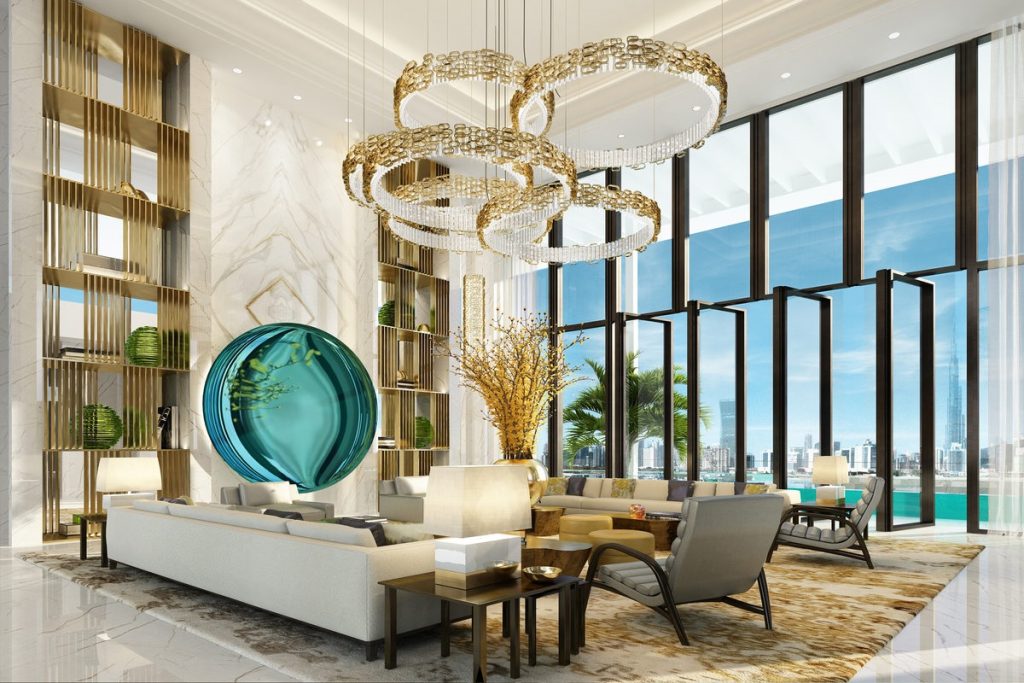 Beyoncé’s room at Atlantis The Royal in Dubai costs $100,000 a night 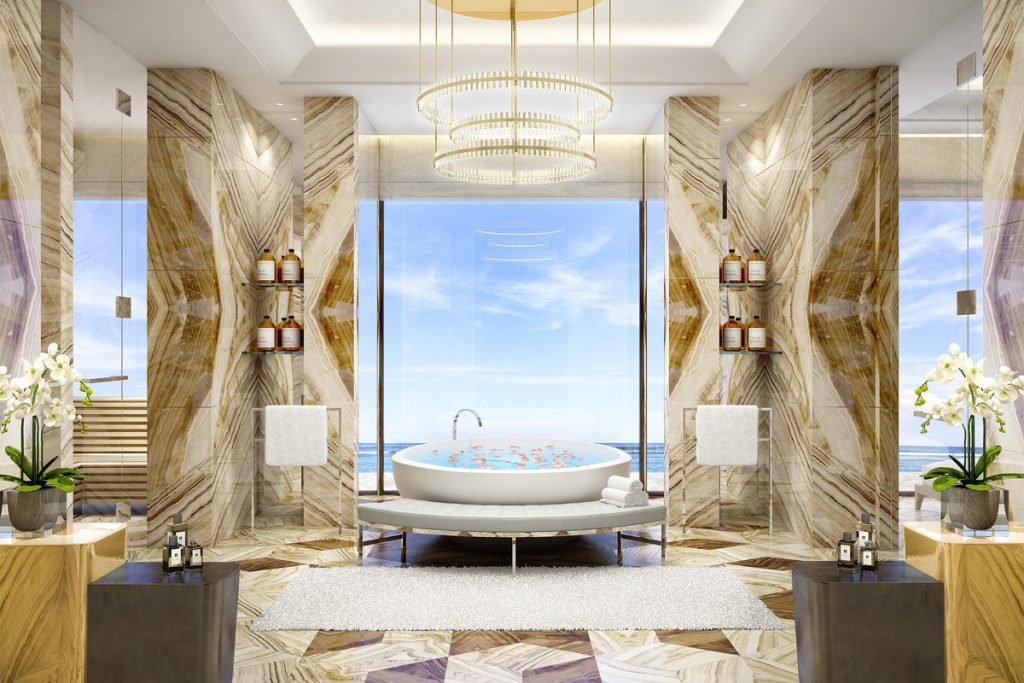 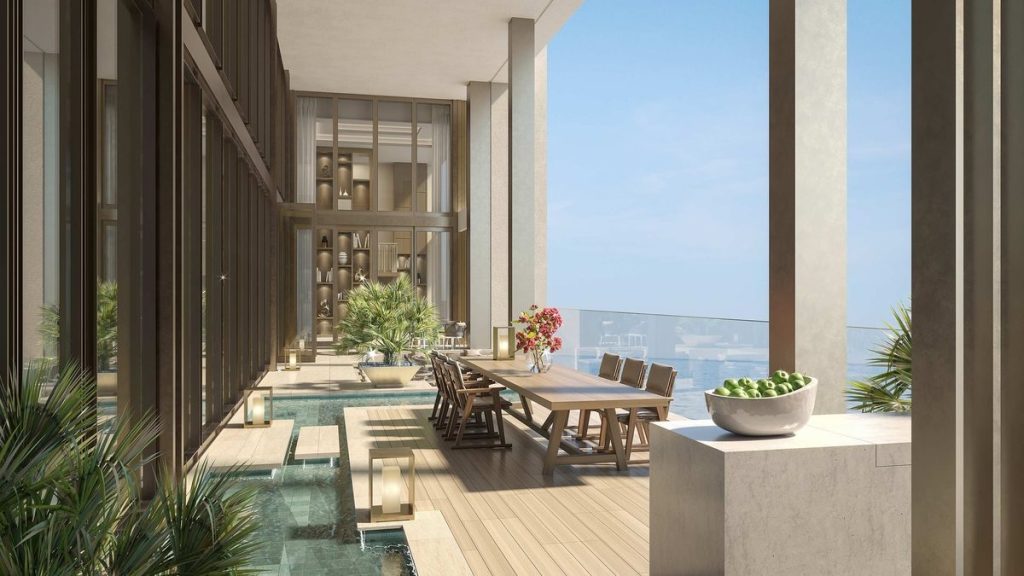 Atlantis The Royal is a 43-storey cantilevered building, will feature 231 luxury apartments, 693 hotel rooms and 102 suites, all of which offer views of the Arabian Sea and Palm Island.

The property has multiple pools, including 44 private infinity pools attached to suites and penthouses, and two adults-only pools. The resort will also boast a helipad, “fire breathing” fountains and a tank with 4,000 jellyfish – described as the largest in the world.

Bookings can now be made for dates starting February 10 with the Sky Terrace Suite which starts at a price tag of AED 17,417 per night.

Some of the guests who were in attendance were featured in my red carpet thread in Fashion, if you're interested!

A Negative Mind ~ Will give you a Negative Life
Report Inappropriate Content
Message 4 of 35 (1,411 Views)
Reply
0 Hearts
Firefly901
Frequent Contributor

These oil-producing countries are a different world, with wealth at unimaginable levels.  They have the best that money can buy, and that includes creativity in architecture and design.  And they have dictatorships where one person decides everything, no planning, zoning, or building board or committee to go through.  There are two categories of people, the natives and the others who are mostly workers and servants for the natives.  But the thing that stood out most for me there is the unbearable heat during the day.

I just read that Beyonce is being paid 35 million for a one hour show. I'm not sure if this is reliable information or not.

I just read that Beyonce is being paid 35 million for a one hour show. I'm not sure if this is reliable information or not.

"The singer is reportedly being paid $24Million" 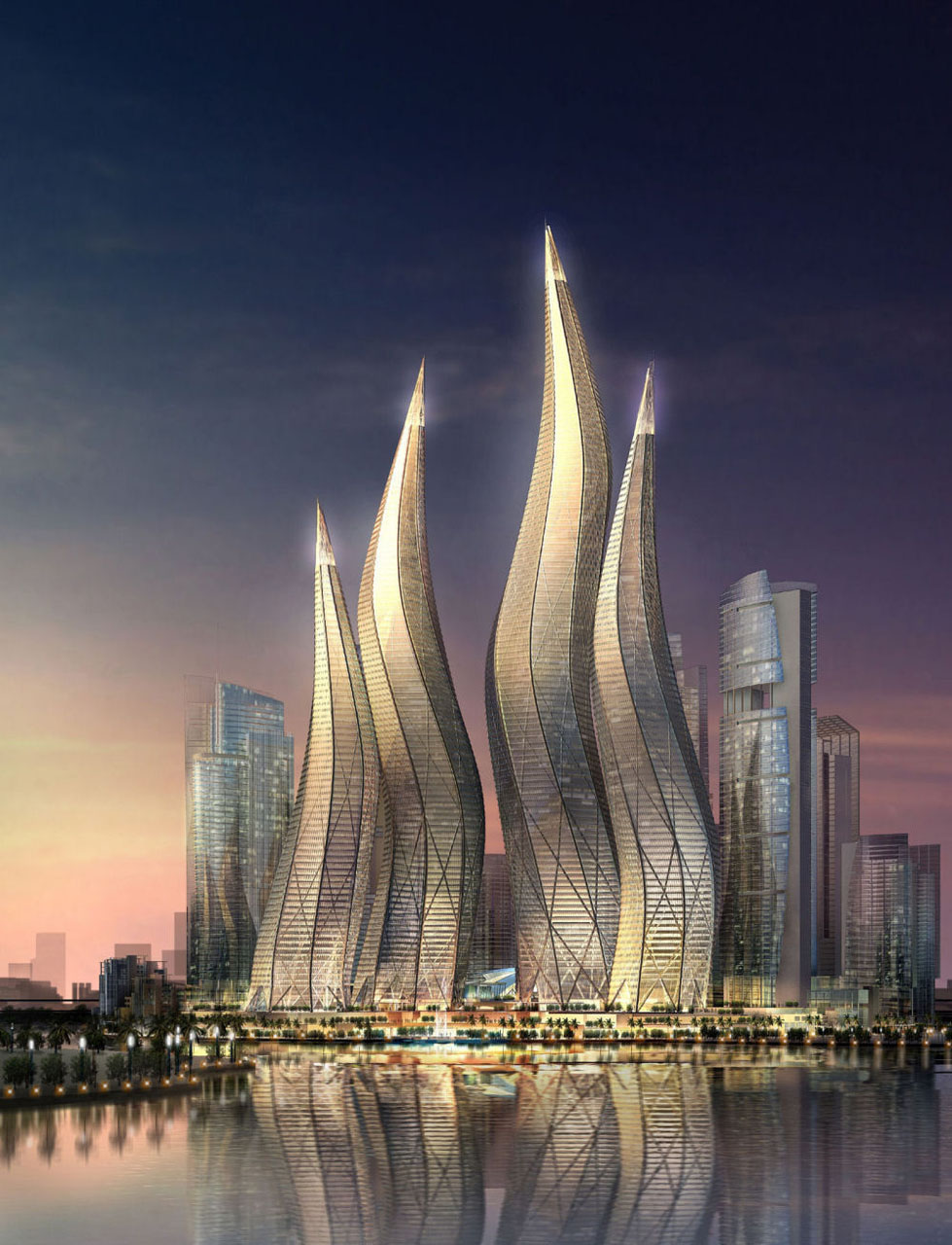 A Negative Mind ~ Will give you a Negative Life
Report Inappropriate Content
Message 9 of 35 (1,271 Views)
Reply
7 Hearts
gertrudecloset
Esteemed Contributor

1) As of 2018, the population of Dubai had just surpassed 3 million. And only around 15% of this population are Emirati! Dubai is a magnet for nationalities from across the globe and foreigners make up the majority of the population.

2) Dubai is one of the 7 “Emirates” that come together to make the United Arab Emirates. It’s closest neighbor is Abu Dhabi, which is the capital Emirate and another popular tourist destination.

3) Each Emirate (Dubai, Abu Dhabi etc) has its own king, otherwise known as a Sheikh.

4) Arabic is the official language of Dubai, with English being spoken by many as well.

5) Dubai’s main airport is Dubai International Airport, which is the main hub airport of major airline Emirates. Visitors can enter Dubai through this main airport, or by flying into nearby Abu Dhabi or Sharjah and driving in.

6) Dubai’s food is delicious, and shawarma is the most popular local dish. It is much like a kebab or souvlaki, with meat, vegetables and dressings wrapped in pita bread.

7) Dubai is fast becoming one of the world’s most progressive cities. Its population is growing rapidly, as is its infrastructure. It’s now one of the most popular destinations in the world for a holiday.

8) The national animal of the entire United Arab Emirates is the Arabian oryx. What’s an Arabian oryx, you ask? It’s kind of like an mid-sized antelope.

9) Dubai was founded in 1833, but back then it was just a small fishing settlement. But it was only the 1980’s and 1990’s that saw it revolutionise itself as a world class tourist destination. In 30 years Dubai has gone from a sparse desert city with very little infrastructure to a multicultural and cosmopolitan destination people are flocking to.

Live that cosmopolitan Dubai life with a stay at the best Airbnb in Dubai. This sprawling Dubai villa will make you feel like UAE royalty.

11) More than half of the population of Dubai is aged between 25-34, so it’s a youthful city that is geared very much towards those in this age bracket. Only 15% of Dubai’s population is over 45!

12) The king (or Sheikh) of Dubai and leader of their Royal Family is His Highness Sheikh Mohammad Bin Rashid Al Maktoum. He has played a major hand in building Dubai into the destination it is today.

14) The currency of Dubai is the UAE dirham (AED). This is the same currency as the rest of the United Arab Emirates.

16) If you like a rainy, cozy day, Dubai may not be the place for you. After all, they only receive around 3.7 inches of rainfall per year. To compare, the rainy city of Seattle, Washington in the United States averages almost 40 inches per year.

17) The Indian population in Dubai makes up a large percentage of its residents.

18) 76% of Dubai’s residents are Muslim, while the remainder of the population are Christian, Hindu, Buddhist and other faiths.

19) Dubai is a major port city, and its waterways are a unique way to see the city. A boat trip down the massive Dubai Water Canal will take you past many of the city’s luxury hotels and landmarks.

20) Dubai has the longest automated train network in the world. It stretches for 74.6 kilometres and offers modern, comfortable services. It’s a great way to explore the whole region on a budget.

21) Foreigners cannot receive permanent residency or citizenship in the United Arab Emirates, even after living there long-term.

22) There’s no denying Dubai is mega rich. But how did it get so cashed up? The main earner for Dubai these days is tourism, but before that it was oil, fishing, farming and pearl diving.

A Negative Mind ~ Will give you a Negative Life
Report Inappropriate Content
Message 10 of 35 (1,247 Views)
Reply
6 Hearts