What is the history of Christmas lights?

You ask yourself many questions when you're up on a ladder, it is late at night, you're outside, and it's cold.  I have always shared more than the usual fascination with Christmas lights but have never had to ask myself why? 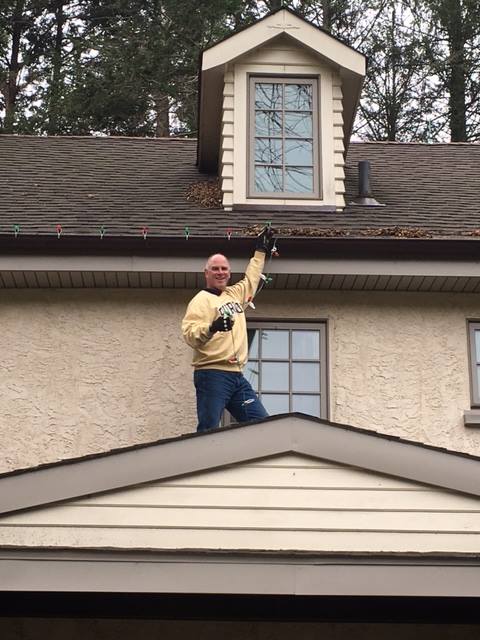 I have asked myself the questions, "why am I out here, what are you doing, and have you gone mad?"  I usually tend to ignore myself with all the extemporaneous chitchat and just go back to hanging electrical lights while they are plugged in, and it's raining.

Have you ever wondered where Christmas lights came from in general? I figured that if we are going to go through the hassle of stringing multi-colored electricity on our homes and Christmas trees we should at least know how it all began. Before the advent of electrical lights people put candles in their Christmas trees and even a dummy like me, who has fallen of ladders twice and almost electrocuted myself three times...candles seem more than unsafe and completely ridiculous.

Along comes Thomas Edison.  Great guy that Edison, and in 1879, he invents the light bulb.  We congratulate him.  "Well done sir", we say.  Small schoolchildren praise his name in homework assignments and we all, generally agree that he was a pretty smart dude.   However, it is his business partner, which has become my lifelong hero.  Edward H. Johnson was the man who put together the very first string of electric Christmas tree lights together in 1882.  (I am tearing up while thinking about it).  The man was a visionary, a trend setter to say the least, and although it probably didn't happen this way I am guessing that he saw Edison's invention and ten minutes later said, "bet those would look good on the outside of the house at Christmas!"

Johnson, Edison's friend and partner in the Edison Illumination Company, hand-wired a strand of red, white and blue lights and wound them around the tree.  His family was thrilled and I now have his picture hanging above my desk in the office.  By the way, Johnson not only had the first electrically illuminated Christmas tree...his tree also revolved electrically...No one likes a show off Edward!

So, even though it was Edison and Johnson that took credit for the invention of "Christmas lighting", it would be a young teenager who made them affordable and available to the masses. Albert Sadacca worked with his family at a small novelty lighting company when he told his father that he thought the idea might catch on.  In 1917, the family produced the first of many colorful stands and the business remained the leader in the industry until the mid 1960's.  He was correct and if I could find his photo, it would be right alongside Johnson's on my office wall.

Like everything else Christmas lights have evolved over the years.  Are you old enough to remember the big, glass, C-7's as they were called?  They were the ones that burned your hands when you touched them.  I do.  Do you remember, "Bubble lights"? 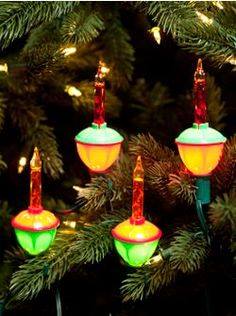 Thank you Kathy Collins for the photo!

My parents had a set of them when I was young and I would stand and stare at them for hours.  It was in the 1950's that lighting truly became affordable and people took to decorating the outside of their homes as well as the tree indoors. Now we have "mini" lights and "LED's", laser lights and computerized light shows. It's still all the same...lights make us feel good.

So, there is some history for you to ponder.  I said earlier that I never needed to ask the "why" in all of this stuff, because that answer is clear.  We do it because it we enjoy it.  Those of us who stand on ladders late into the night understand this.  I commune with my creator as I hum a Christmas tune and light another gutter or festoon another bush.  I wave from my roof top as the neighbors drive by and honk while they say to themselves, "He's up there again....I wonder how many he puts up this year?"  I tell my wife I do it for the children but we live alone and my child is grown and living out of state.  I am being truthful when I tell her this, though; I don't know if she understands, I mean the inner child in all of us.

I love Christmas lights.  I always will! 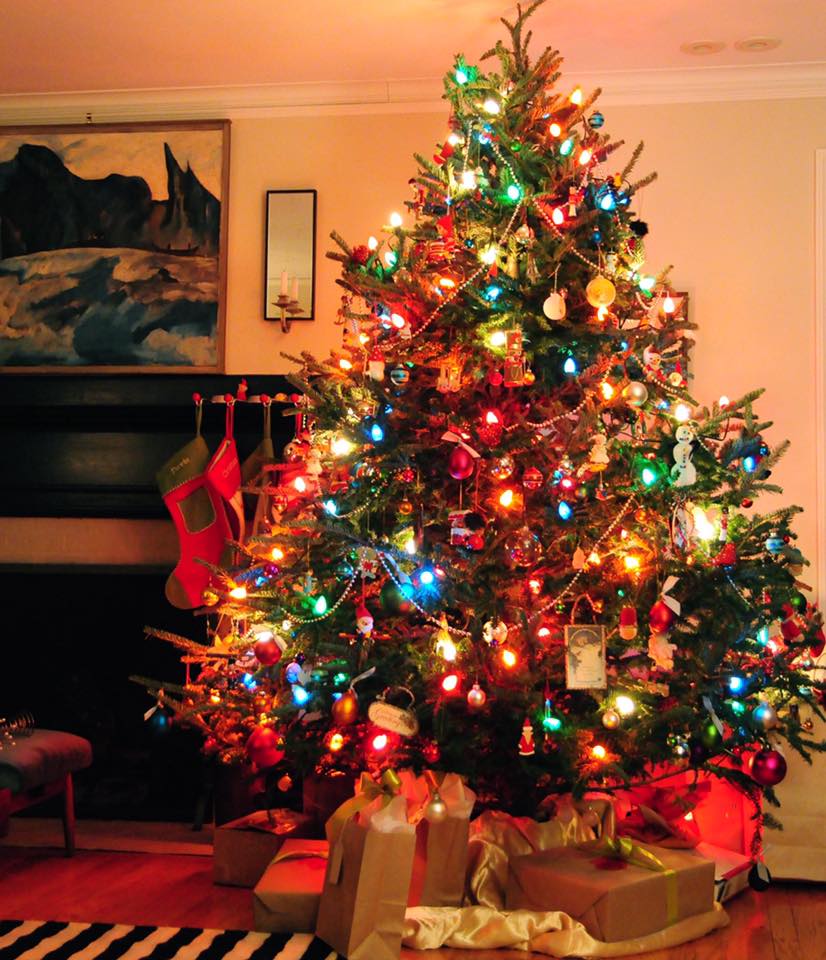 Thank you Joan Hoefsmit for the photo!