This past Wednesday marked Beth’s 62nd birthday. It was the toughest day so far for me. Since she passed away on October 30th last year, we had several tough days.  There was the first Thanksgiving without her at the table, December 22nd would have been our 31st anniversary, the first Christmas, New Year’s and now her birthday.  Maybe it was so difficult because February 3rd was her day. My mind went back two years to 2014 ...... Beth's 60th birthday.

Beth was handling chemo pretty well at this time. I think we were on her third combination of drugs, but she wasn’t getting as sick after her treatments. I remember thinking on New Year’s Day that I had better start planning something special. Kelsey was getting ready to leave for Thailand as part of her social work major at Messiah College. I called my oldest daughter, Kirstyn, and told her I wanted to throw a big surprise party for mommy. She said she had been thinking the same thing.

The challenge was to totally surprise Beth, because she was always tough to fool. We discussed different restaurants in the area, but none of them seemed right. Kirstyn suggested I ask our wonderful neighbors, Dana and Steve, if we could use their house.
They often have neighborhood parties and we could just act like they were having a “chase away the winter blues” party. We decided to have it on Friday, January 31st so it wouldn’t be as obvious. Our neighbors said that we could absolutely have the party at their house. They proceeded to send out emails to Beth’s closest friends and we began calling. Of course, they sent an email to Beth announcing their “Chase Away the Winter Blues” party for the neighborhood.

There is a wonderful caterer in West Chester, PA that many people recommended to me so I went down and “sampled” their food. If you have watched me on a QVC food show you know that I LOVE great food. I placed the order for the food, food warming trays, plates, napkins, silverware, etc. Dana called a piano player for background music and we told everybody to dress up just a little from our usual neighborhood parties ... this was a very important night.

Beth had no clue what was happening. The weekend before we were watching television when an ad came on for the Super Bowl between the Seattle Seahawks and Beth’s beloved Denver Broncos. She became a Bronco’s fan in the mid-70’s when she lived with her brother, Roy, in Denver. Beth said, “Oh we should have invited Roy and Paulette to come for my birthday, so we could have watched the Super Bowl together.”  I said, “Oh Beth I am such a bad husband. I have been so busy and haven’t planned anything for your birthday.” Little did she know that I was flying in Roy and Paulette along with her sister, Carol from California and her mom from Chicago for the weekend and they would be watching the Super Bowl together. Beth was gracious and said, “That’s ok, I know how busy you have been at work.” Now, I really couldn’t wait to surprise Beth! 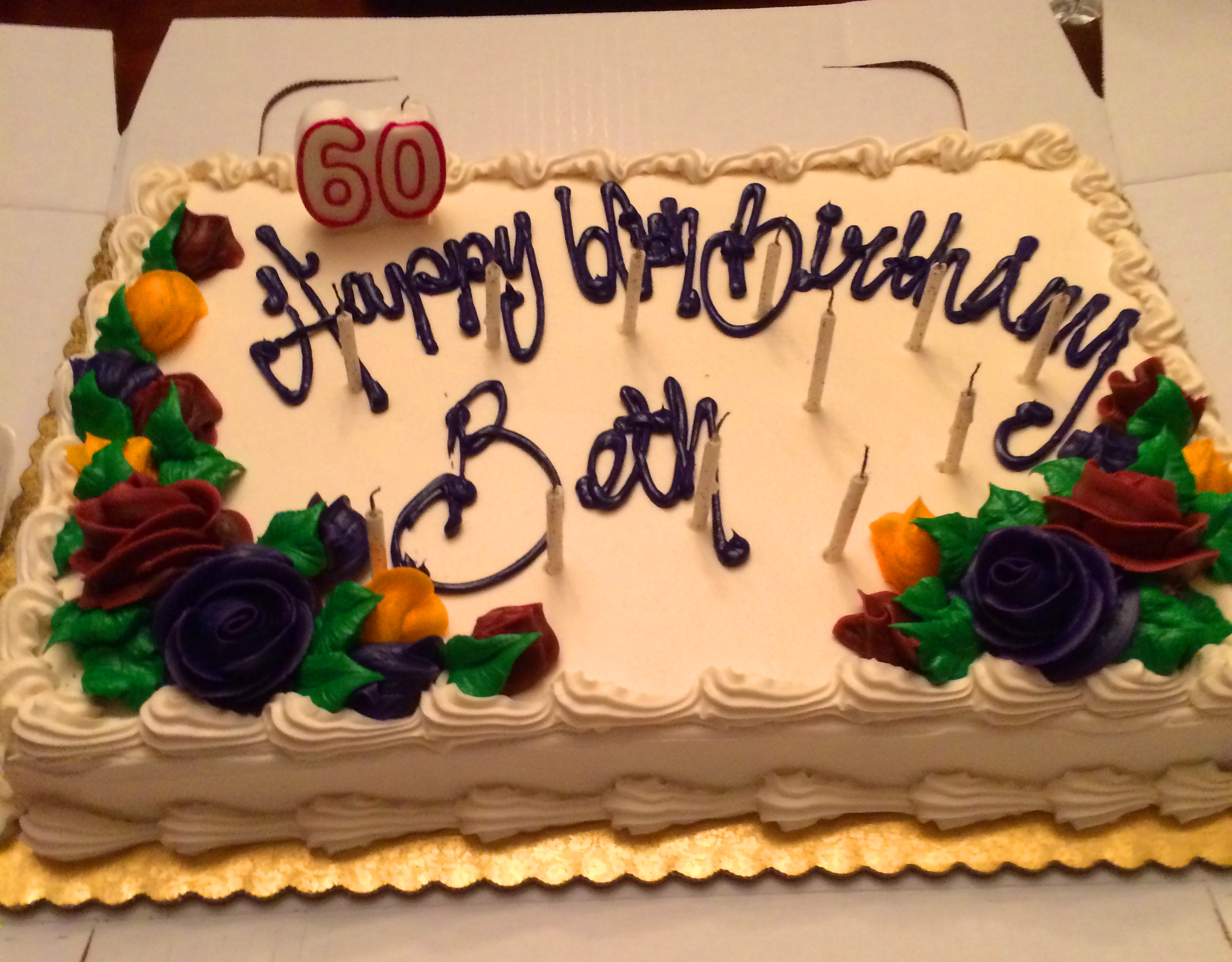 Everything was going along fine until I realized I had given several people the wrong address. I scrambled that day calling and texting everyone the correct address. My good friend, Anthony C, who is a professional chef, offered to come early to prepare some extra appetizers and help direct the caterers when they arrived.

Over fifty of Beth’s closest friends showed up at 6:30pm to surprise her and we planned to arrive at 7pm. The problem was Beth was taking her time getting ready. I was trying to get her out of the house and Kirstyn kept calling my cell shortly after 7pm to ask where we were. I told her that mommy was moving slow and I was trying to get her down there. At 7:15pm Beth started emptying the dishwasher so I ran in the kitchen and started helping her and said, "we really need to get down to the party. We shouldn't be out late." To which she said, it's just a casual party and I don’t feel like rushing.” I went out onto our back deck and called Kirstyn who had an idea. She said, “I’ll tell Mom I need her to bring down some diapers and another outfit, because Gavin had a little accident.”  Beth always had everything our grandsons could ever need at our house including diapers and outfits. Bingo! Beth hung up with Kirstyn and said "let's go".  She was the best grandma ever and her grandsons affectionately called her, “Gam.”

When we arrived, Beth commented on how many cars were parked in the driveway and along the street. I said something like, “I guess a lot of people have the winter blues.” Everybody yelled, “Happy Birthday!” when we walked in and Beth was shocked! I loved the look on her face as she went around hugging everybody. During this time I snuck outside to call her brother Roy who had rented a car at the airport and was on his way to the party with his wife and Beth’s mom and sister. They arrived about a half hour later and as Kirstyn announced to the guests that we had another surprise. I was waiting outside the front door with her family. When I brought them in she started crying tears of joy and Kirstyn and I hugged and said, “we pulled it off!”

It was the best party ever and I am so glad we did it.  A magical night with friends and family celebrating the life of the best woman, the best person I have ever known.  Beth did get to watch the Super Bowl with her brother but, unfortunately, her Broncos suffered a big loss to the Seahawks.  You can guess who I am pulling for this year with the Broncos returning to the Super Bowl to face the Carolina Panthers. 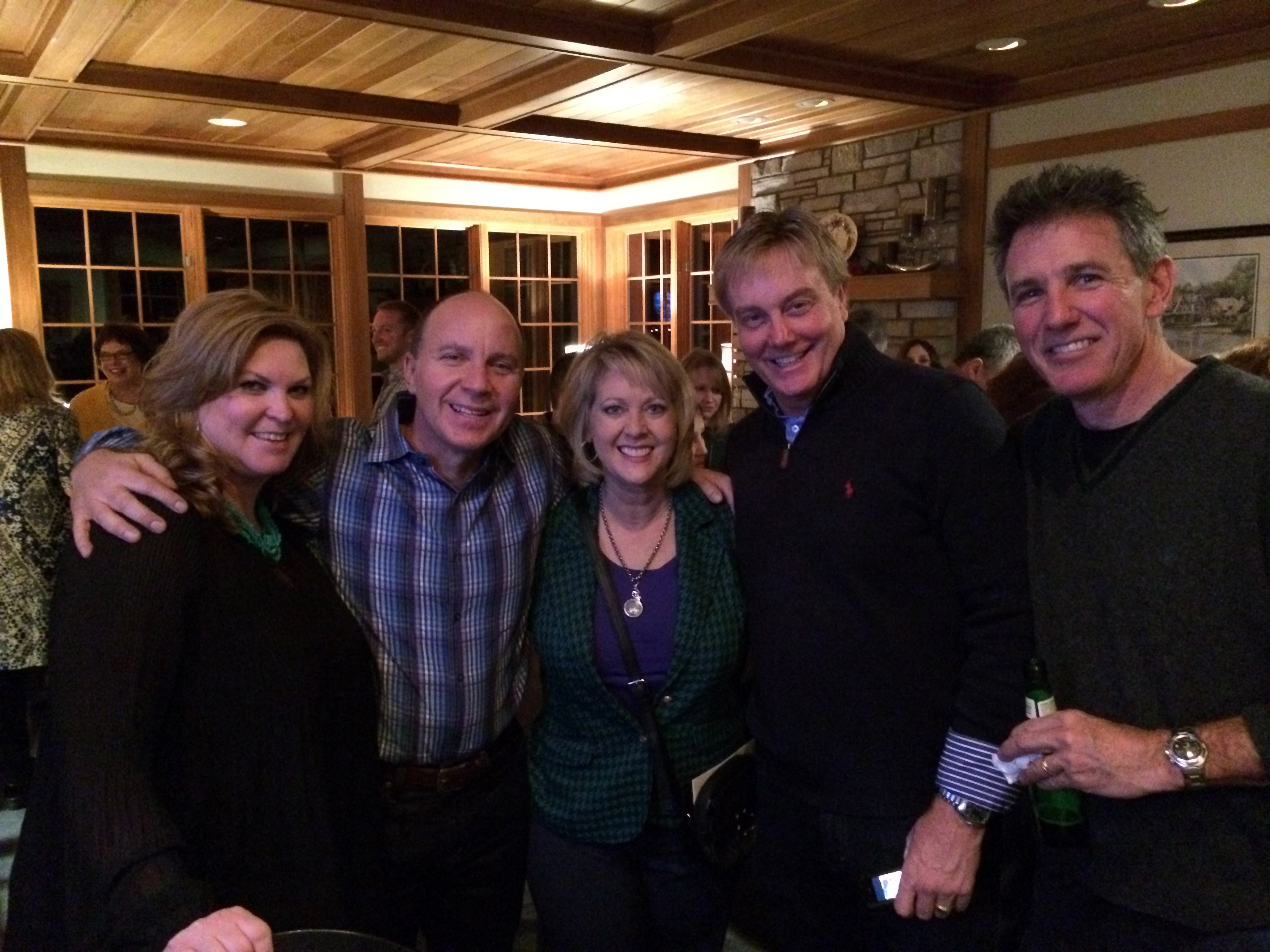 You know that surprise birthday party was one of my proudest accomplishments.  It made her feel special.  We also surprised her on her fiftieth birthday.  You see the little things in life really are the big things.  I am so grateful to God that we were able to have that party.  I recorded video of the night with my phone and watching Beth hug her friends and family with tears in her eyes is something that I will treasure for the rest of my life.  I told Beth that night that I wanted to do it again on her 70th and 80th birthdays.  But we both knew that probably wasn’t going to happen with her physical condition.  If you are thinking about doing something special for someone you love please do it.  You will never, ever regret it.