Auto-suggest helps you quickly narrow down your search results by suggesting possible matches as you type.
Showing results for
Search instead for
Do you mean
Reply
Topic Options
fitfuninformed
Trusted Contributor

Has anyone here tried the new shade "unicorn" of Perfect Formula gel coat?  It is described as a pale pink with a slight shimmer/glitter halographic effect.

Also, if anyone can recommend a dupe polish of this description it would be most appreciated.  Thank you in advance!

Sinful Colors has a lot of pretty pink shades with some shimmer or subtle sparkle.

It is not a gel. I got mine at Walmart.

It's just a few dollars.

I haven't tried the Perfect Formula.

"If you walk the footsteps of a stranger, you'll learn things you never knew. Can you sing with all the voices of the mountains? can you paint with all the colors of the wind?"
Report Inappropriate Content
Message 2 of 7 (743 Views)
Reply
1 Heart
SilleeMee
Honored Contributor

Sally Hansen Miracle Gel Brights comes in a color called 'Lets Get Digital'. You can wear it all alone or over top other colors. It's a pearlescent nail color sort of a mixture of blues and pinks. $7 at Target. 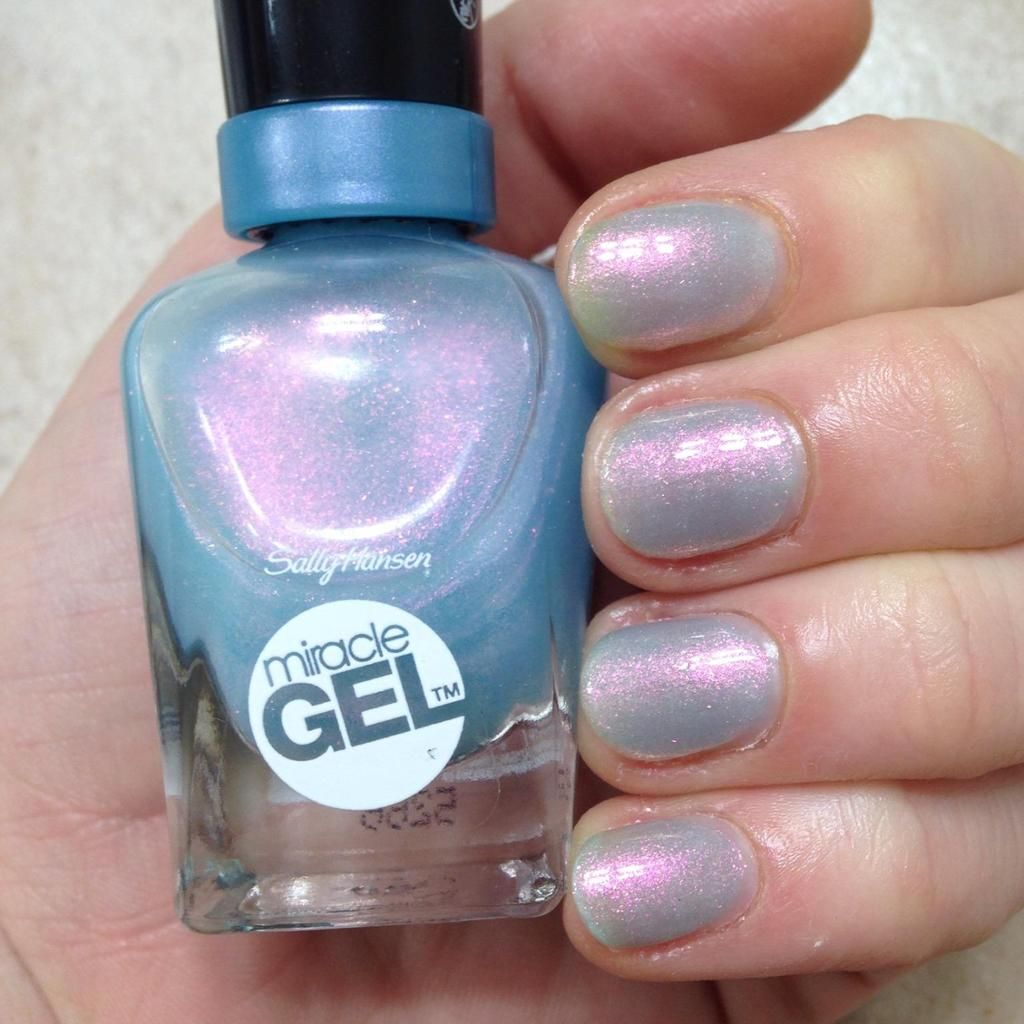 No dupes come to mind. But I'll keep an eye out for them. I know I've seen some. I just dont' tend to be drawn to very pale pinks. I know OPI, Essie and Zoya all have a good selection of pastel pinks among their permanent polishes.

It's hard to tell due to the relections, but the model's manicure (two coats) looked a bit patchy to me. Of course, that's not unusual with polishes containing a lot of white.

Do you already have a pastel pink you like? If so, you can probably get a very similar effect by simply adding a shimmery topper. Or a fine scattered holographic topper such as China Glaze Fairy Dust. There are also linear holographic toppers out there. But you do have to be careful with those as they tend to "grey out" whatever your base color is.

Is that your personal photo?

Is that your personal photo?

No, those are not my nails @sidsmom.

Thank you everyone for answering!