Auto-suggest helps you quickly narrow down your search results by suggesting possible matches as you type.
Showing results for
Search instead for
Do you mean
Reply
Topic Options
Highlighted
Ceci
Valued Contributor

My granddaughter is 14 and is now allowed to use some makeup. She has requested Bare Minerals but I would like other suggestions.

Personally, I have never liked Bare Minerals but don't know what to get her. I'd like to put together a few pieces of makeup, blush, lipstick/gloss, some simple eye makeup and maye a light foundation/powder.

Edit: I finally figured how to post a photo but its on the last page. I'll try and get it on my original post.

This is my Cate, braces and all! At her age, I would suggest Burt's Bees lip colors and moisturizer in the drugstore  (they sell kits too).  If she is interested in foundation, I would suggest a tinted moisturizer only.  She could use a little blush try L'Oreal or Neutrogena.   I use Maybelline mascaras.  At her age I feel that less is definitely more and would not buy expensive cosmetics at this time.  Good luck.  I remember in the 8th grade, I wanted makeup but once I got in H.S., I wanted less makeup.  Happy Holidays.

She is just starting into the age of skin breakouts. For this reason light MU that doesn't clog the pores is best. Even young girls who don't get acne will still get hormone related pimples.

I would honor her request and give her Bare Minerals.

At her age, I'll start with drugstore makeup. She is still at the age of finding out what she likes and what she doesn't.  Drugstore products give you a chance to experiement and don't break the bank.  Personally, I have found many drugstore make that perform even better than prestige makeup.

Or you can get a Brilliantly Beautiful Color Essentials Collection Set from Ulta. It's under $20 and contains tons of products that she can try.

I am considered elderly and I have great skin.  I attribute it to the fact that I always wore very good moisturizer and foundation.  You can use less expensive eye products and blushes but use the best on her skin.  And be sure she cleans it all off every night and uses a night cream.  You can't start to care for your skin too young!

When I was in high school I didn't wear much makeup, but I do remember being given a pale green plastic box that contained a variety of cosmetic basics.  My mother must have purchased an Estée Lauder fragrance and received the makeup as a bonus gift.  That was the 1970s and I still have that pale green box.

I would start with a makeup "box" and fill it with items that she would be able to repurchase on her own.  In other words, I'd stick to moderately priced drugstore items.  She's fair, so she'll need a brown mascara.  Brown is hard to find these days, so you might have to settle with brownish-black.

I'd stick with neutral, subtle colors.  Breakouts are a huge concern, so I wouldn't encourage a foundation.  A BB cream, maybe?  Lumene makes BB and CC creams in light and they're available at the drugstore.  At 57, I'd still like to avoid breakouts and I've had good luck with Lumene.

A neutral eye shadow palette, a few eyeliners/pencils, lip glosses and maybe a cream or gel blush.  Maybelline makes one called Baby Skin Instant Cheek Flush in pink and peach.  They say it's subtle.  Subtle is good at fourteen.

Might throw in some extras like eye makeup remover, tweezers, sponges, makeup brushes, sharpener, brow comb/brush -- the basics.  Keep it simple but with enough variety to be fun for experimenting.

Uh-oh!  I just went to Lumene's website and it looks like the company has revamped their products -- again.  Their BB cream may have been discontinued.  If they discontinue the CC cream, I'm in trouble!

Yes, I agree about the Bareminerals. A small essentials kit would be an excellent choice for her.

IT cosmetics. It's hard to put on to much and will look very natural. A blush and maybe a naturally pretty eyeshadow pallet.
Report Inappropriate Content
Message 9 of 35 (568 Views)
Reply
1 Heart
Highlighted
Iwantcoffee
Respected Contributor 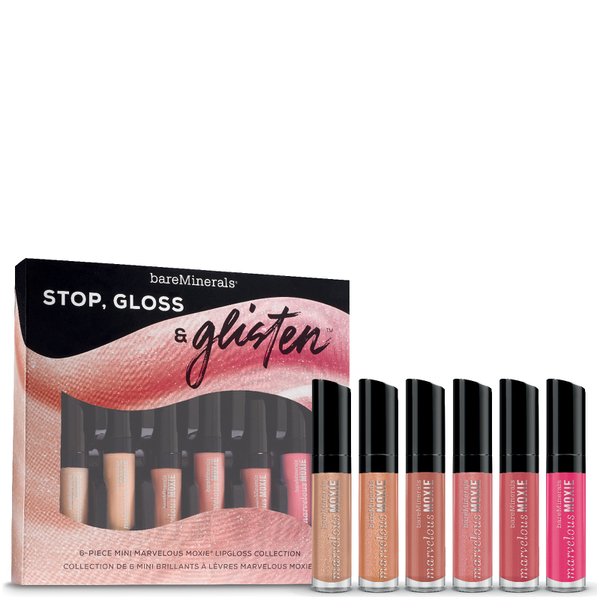