Auto-suggest helps you quickly narrow down your search results by suggesting possible matches as you type.
Showing results for
Search instead for
Do you mean
Reply
Topic Options
sueinsf
Respected Contributor

I agree that I also don't remember Korres ever doing an orange scent. I love Philosophy's Orange Pineapple Smoothie so I have high hopes for an orange scent that I will really enjoy.

Cucumber Bamboo liter on sale is really tempting...so tempting I did order but am thinking I will cancel to wait for more reviews. I have some jumbo Philosophy gels I should really use up first. I love all the scent notes but the amber at the bottom seems odd to me? There is 1 early review saying it smells like a men's cologne? Notes for this new scent:

@FindingMyJoy  I saw that review as well where she described the Cucumber Bamboo as masculine.  Only 1 reviewer so I'll be curious to see others.  Then again, I sometimes love scents some women describe as masculine, so it depends on what you like.  I don't like florals and this reviewer might love those.  However, the description that it is reminiscent of a green, blooming summer garden might make me hesitant...lol.

LOL I just saw on the most recent showing of the TS that the number of kits sold is just shy of 30,000! So there are plenty Korres lovers out there buying with us!

I look forward to reading reviews of the new scents. Hopefully we all will enjoy our purchases!

I just happened to notice something, under the fine print of Auto Ship on the TS:

This item will ship for 1 year or while supplies last

I didn't hear it mentioned that this was only for 1 year, and I've never seen HSN do that before.  Usually they last forever!  Only on rare occasion have I seen one cancelled after a year due to what I assume was limited or lack of stock.

Wondering if this is something new due to the QVC/HSN merge because I'm sure these products will be sold after a year and aren't that limited in production.

The TS they had last Summer on auto delivery that included the butter spray was cancelled. I had 2 scents on it and received emails saying the auto delivery was ending when they sold out of their stock. I wonder if this one is going to be limited to 1 year due to the sampler of the face cream being in it? Wouldn't think they would want to keep making the small size forever when they already have the full size jars for sale. Thank you for pointing out this info so I remember to use this auto delivery if I really love the kit. (I'm guilty of forever delaying or skipping auto delivery plans).

@FindingMyJoy It could very well be that they don't want to keep making that small face butter but Suzanne Runyan made such a deal about it being included in all the future Auto Ships.  But I guess they assume people will order at least one or two more during the one year.  Me, the kit will last me a minimum of 6 months and more likely 9 -12 depending on how often I use it.  I also delay them forever!!

Since they cancelled last year's after a year, maybe it does have to do with the production of the body butter spray, either the cost or limit of production.

ok, I could not do it. I cancelled Yogurt and got the mango (I love that one) No new adventure for this kid

I did also get the 1 liter in the coconut guava, love that

i'm not mad at you. it's best to get what you already know and love.

if you have the coupon, you could buy the really small yoghurt. i think it's less than $10. that way you could try it. that will be the only real way to know if it's for you.

@FindingMyJoy It could very well be that they don't want to keep making that small face butter but Suzanne Runyan made such a deal about it being included in all the future Auto Ships.  But I guess they assume people will order at least one or two more during the one year.  Me, the kit will last me a minimum of 6 months and more likely 9 -12 depending on how often I use it.  I also delay them forever!!

Since they cancelled last year's after a year, maybe it does have to do with the production of the body butter spray, either the cost or limit of production.

i just wish that they would be up front and say that tsv's are only for a year. i say that because most of us are use to them being available for more than a year. and i suspect people use some of their auto ships as holiday and birthday gifts. i use to.

yes, having more than one shower gel open at the same time takes a while to finish either. i don't want to use the same one all the time until it's gone, so i have at least 2 open at all times.

i remember last years tsv that was the same as this one minus the face butter, sold out early. this one didn't.

we'll just enjoy this yearly tsv as long as they keep doing it.

This is tempting - anyone using it? 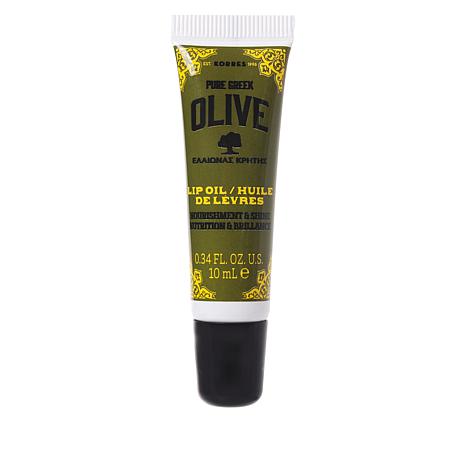 I LOVE this stuff! Hate the price though, even when on sale. It’s divine.

I love this too and ordered 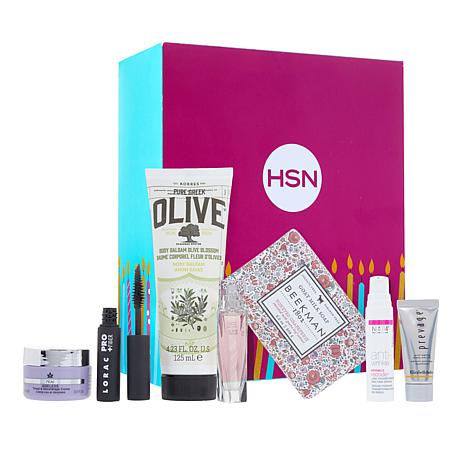 What It Is*
Time for a pretty party. As part of our birthday celebration, our expert buyers picked seven favorites no beauty lover should be without.
What You Get
Report Inappropriate Content
Message 77 of 91 (290 Views)
Reply
0 Hearts
FlGator
Valued Contributor

I had to try so hard to not buy anything, really didn't need anymore body products. Between Korres & Beekman, I am covered. Love both butters! I ended up ordering the morello lip liners, love their morello line

I had to get this set because of the spray body butter. That sounds like a great product to have when in a hurry. I also used the 20% off coupon on their Golden Krocus Ageless Saffron Elixir. This ususally sells for $98 but HSN has been offering it for $59. So I was able to apply the coupon. This is a beautiful serum which I have paid $98 for in the past. I also was anxious to try the face butter which someone raved about on Facebook.

@Tricolor1 - I so wish you had written this review for the saffron elixir yesterday. I was debating if I should buy this but the reviews were mixed. I trust reviews from contributors here. saffron is a very expensive ingredient & has great benefits but I haven't purchased skin care from Korres so I wasn't sure. I should have taken a chance.  Its rare to find a coupon,  a sale price & free shipping. next time.....thanks for the review!