Auto-suggest helps you quickly narrow down your search results by suggesting possible matches as you type.
Showing results for
Search instead for
Do you mean
Reply
Topic Options
monicakm
Honored Contributor

I Just Need a a Break

We buried my brother on Thursday.  It was a celebration of his life here on this earth and in heaven for eternity.  It was broadcast live on Facebook.  I had no idea that was a thing.  His step daughter that couldn't make it to the funeral had written him a letter when she found out he was dying.  His wife read the letter.  I don't know how she made it thru without breaking down.  It was THE most touching thing I've ever heard/read (I read it prior to the funeral).

I have a million things to do to get ready to go to my parents' house for a few days.  Things are still up in the air as to what's happening next because mom has dementia and is not open to anything we have suggested prior my brother dying.  Monday I am calling their Dr for an appt for my daughter and myself to talk with him about putting mom on some medication and what would be best for them moving forward.  Whatever their Dr says, they do.  She  has needed to be on something for her dementia for several months.  I'm hoping it will allow us to help her.

I should be cleaning up the house so I can get ready to go over to mom's for an undetermined amt of time but I need a bit of normalcy.  And what's more normal than showcasing the absurdity that is today's makeup industry.  But this one is a little sad because it's from Fenty, a company who turns out excellent products (sigh)

This is a box of 6 packets of EITHER ketchup OR lip gloss.  I'm embarrassed for her. 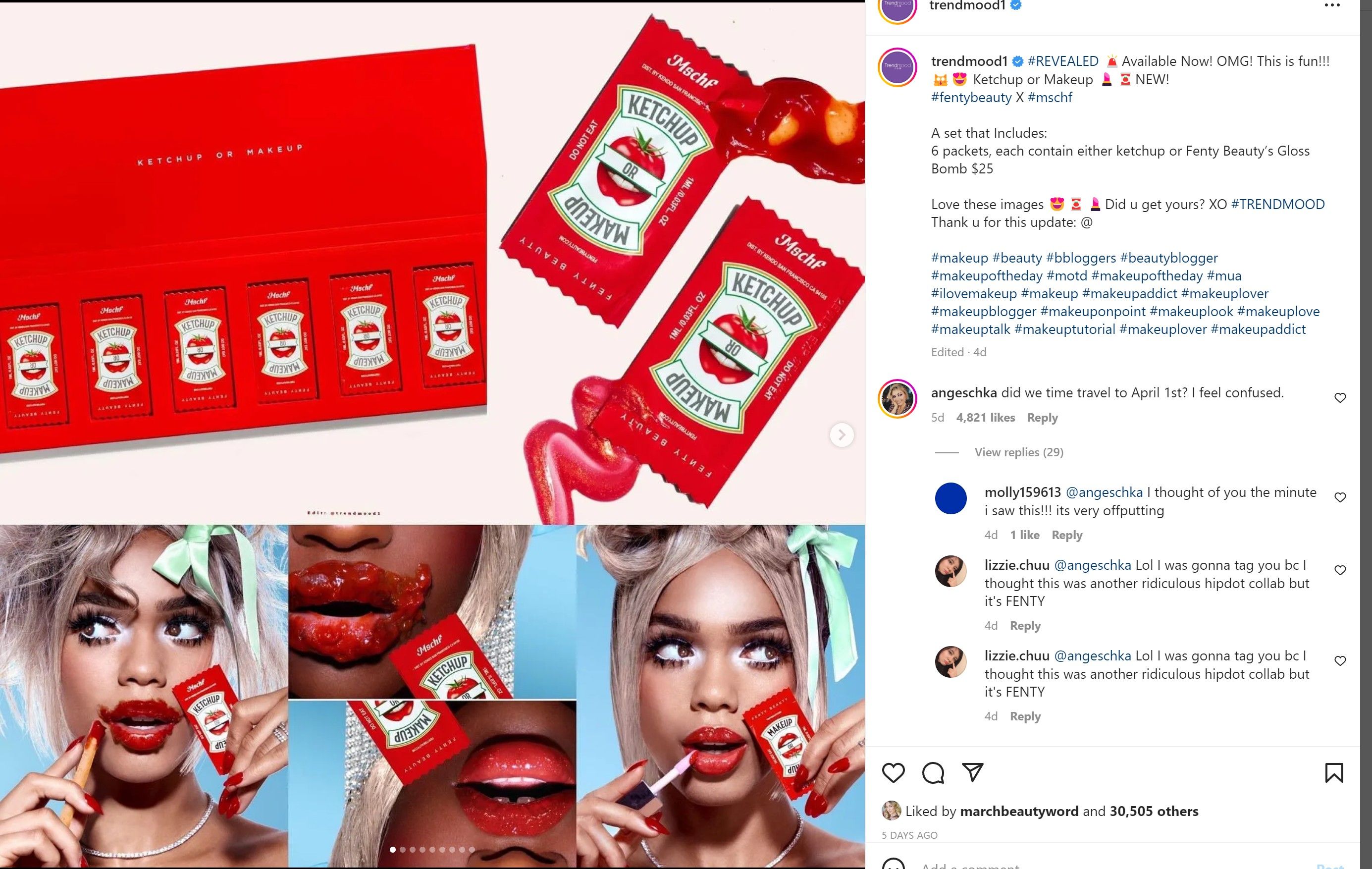 @monicakm  my heart goes out to you. So much on your plate. Thinking of you

@monicakm , ugh.  I am so sorry....So overwhelming.  Continued prayers.  And absolutely you deserve that little mental vacation to do what comes naturally!

And yes the absurdity of the ketchup packets but I am sure they will be snatched up and sold out in no time.

@monicakm - so glad to see that you checked in.  Have been thinking of you and sending comforting and healing thoughts your way.    May God bless you with the strength you need to deal with all that is on your plate right now and in the coming weeks.

Yes, this Fenty product is awful.  Can't imagine with all the steps that a product must go through before being made public, that this was thought of as ok.

Check in when you feel up to it.  We'll be here for you.

@monicakm  My friend. Just know im thinking about you and your family and im sending light and love. Bless you!

I am so sorry for your loss.  Your borther is now at peace and pain free.  This is your time for healing.  May God bless you and your family.

If I may share this writing which was part of a sermon from a priest.  This, more than any other writting has made my soul settle when times are hard.

Sending you prayers from a mother's heart that will always be broken somewhat. 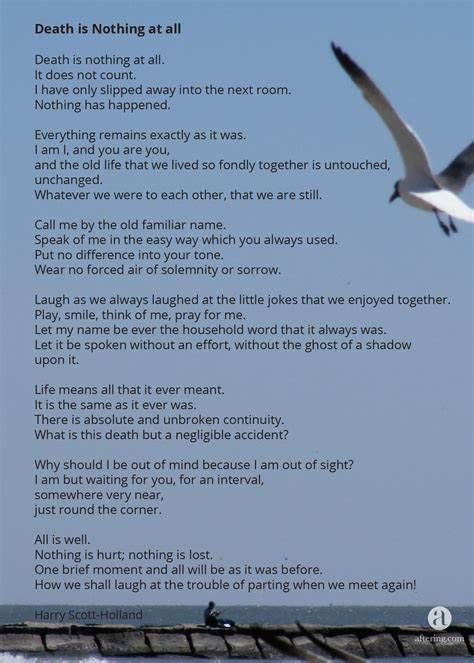 Mom has needed to be on medication for her dementia for awhile.  I remember a year ago when she could tell things were different with her, that for me to please have patience with her.  "Of course mom". And I feel we all have but it's gotten worse and she's making it hard on everyone.  My daughter presented her with three options.  VA help, a live in nurse or assisted living.  She's threatened to kill anyone who brought the VA back in her house

so that leaves two options depending on what her goal is.  Live in help will be about $10K/month and she still has utilities, housekeeping and will now have to hire someone to do all that my brother did...but she can stay in place.  Assisted living will be $4/month total for both of them with no other expenses except for what she puts on her Discover card.  I toured the assisted living a few months ago. It's lovely.

I wish I could give this a thousand likes!  Thank you so much for such a perfect/.' sentiment.  I'm going to print it and let mom read it when I feel the time is right.  I know she (in her right mind) will agree.  With the assurance of eternal life, this is undeniable.  Thank you again my friend.

I wish I could give this a thousand likes!  Thank you so much for such a perfect/.' sentiment.  I'm going to print it and let mom read it when I feel the time is right.  I know she (in her right mind) will agree.  With the assurance of eternal life, this is undeniable.  Thank you again my friend.

You are so very welcome.  I just knew when I read it it sounded like an angel had written it.

We "just know" when something is right.

There is no timeline, you are bruised and healing is slow, but hopefully steady.