Auto-suggest helps you quickly narrow down your search results by suggesting possible matches as you type.
Showing results for
Search instead for
Do you mean
Reply
Topic Options
possummink
Honored Contributor

@possummink, what a sweet, sweet picture this is above.

I've been watching live reporting today of some of the dangerous winter weather from in and around the St. Louis area and I hope you can feel all of our warm thoughts and prayers being sent your way.

It's comforting to know that you got your heating oil delivered just in time and I do pray that you'll be able to stay toasty warm until the weather improves.

Walks With Westies,  Thank you for the kind words, prayers and thoughts,  much appreciated.    So far things are going ok, other than I am not sure I can get out of my driveway.   Much of the snow was dry, not the big wet hamster flakes that are so pretty to watch as they float down from the sky.   The flakes this time were small and very wind driven so there are big drifts, very uneven and difficult to walk through.  I don 't know what the end of the driveway is like as it was too windy and cold to head up in that direction.   The front of my SUV is iced and the back end is packed with snow.  So funny to see the difference on one car.  The front will have to be melted off and the back looks like it could be shoveled, but I'll use a broom most likely.   Outside my one bedroom window that overlooks the first floor roof, is a drift of snow that's at least a foot deep.  It's really strange the way the wind can 'sculpt' snow into strange shapes and uneven depths.   One good thing about dry snow is it doesn't build up on the branches and weigh them down to the point of breakage.

I am not looking forward to next month's or bi -weekly oil fill as much as the furnace has been running just to keep the temp. in here at about 65, but am so grateful for the warmth when it does come on.   The cost when it ran out of oil was over $700 and the one from Monday was over $620,  will have to watch what I spend for a bit,,    I'm just glad to be warm.

I hope I'll be able to get out of the driveway sometime in the next couple of days.   I don't even know if the road out front has been plowed completely though I have seen some cars passing by.

Hope this storm doesn't affect your home area with brutal ice storms that some of the states south of us are getting.  Ice storms are just so damaging most of the time.  Stay warm and safe.  ❄🙏🥰🌨⛄🐶🐶

We are all inside safe and warm here in the deep woods of East Texas. I've kept warm by working on the spring thread today. 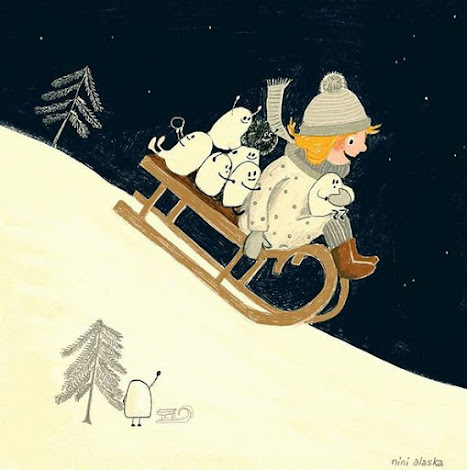 It's freezing here in the woods of East Texas. We didn't get out of the low 20's today with feels like temps of 10. We had a light snow and it's icy. It will remain cloudy and very cold until the weekend. My niece in Dallas didn't even attempt the drive to work this morning. I hope your family in the Dallas area are all safe and keeping warm.

You and the furbabies stay cuddled.

Puddles,  It's about 17 here now with a wind chill or 'feels like' 4 degrees.  I hope you are keeping warm and safe and not going anywhere near outside with such cold temperatures.    It'll be a few days before the snow starts to melt here due to the snow keeping the temperatures from warming much above freezing.

My sister had a couple of inches of snow and before that some freezing rain and sleet.  Her one son, in Ponder, had more sleet and freezing rain but I don't think they had any power outages.

Biscuit and Willow are all cuddled up in one of their cat beds.  Mattie is snuggled into her furry bed.  Once in a while she'll share it with Willow, especially if Willow grabs it first.  She also like to sit on the floor when one of the heating things carries warm air from the furnace to one of the vents  It happens to be right next to the computer desk I have in the dining room.  Maybe I ought to put a cat bed on the floor there, but I'd probably trip over it, as graceful as I am.

Keep warm and safe and take good care of yourself,  Not too many days before your procedure to fix you up good as new!!!   Hugs to you and your family and love   plus pets for the furry girls.  😺💖🐾🙏❄⛄ 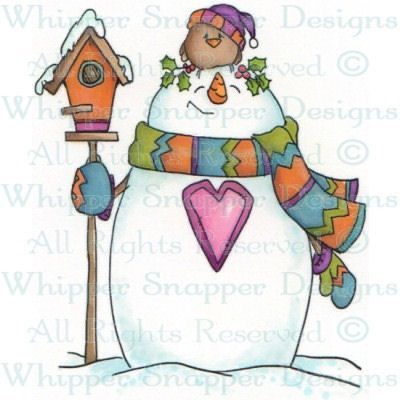 Sweet Caroline,  I saw on my cell phone that AL had a tornado touch down due to this winter storm,  and I am glad it wasn't near you.  I just wish those storms would go AWAY!! for good.   Such scary and awful damage from them.

I won't make any snow cream, or even pour Maple syrup on it to make a 'maple candy'  but I did think about making a snowman only I get so cold just going out to feed the birds and stomping the snow down so the birdseed doesn't sink into the fluff.   I tried to push some of it out of the way so I could make a flat surface in a couple places to put the mixed seed down for the birds, but there's too much of it to push around, so I just put seed in my footprints left in the snow.  Try to space it out so everyone can have a chance for some food.

You should have seen all the tiny and some not so tiny bird foot tracks on my back steps.  I do see other animal tracks in the snow at times but this is too new and too deep.

My niece Aubrey is the first in I know of in our family with that name.  Two of my other nieces have 'firsts' too,  Ada, and Amelia.   At least they're the first for this part of my family.   I have so many cousins and second cousins that I don't even know all of them much less their names.    I had cousins named Clementine, Antonia, Melody, Stella, etc,    So many pretty names out there.

Take good care and pet the pups for me.  Hugs and love, my Friend.