Auto-suggest helps you quickly narrow down your search results by suggesting possible matches as you type.
Showing results for
Search instead for
Do you mean
Reply
Topic Options
LifeIsGood
Honored Contributor

damages were surveyed by the biggies of the state today (gov and so forth). Much damage.

Have read that 3 tornadoes hit my town yesterday, not sure if this is confirmed as of yet.

Puddles glad you Ian and snowflake are all home.

I love that your little one has the same name as my beloved Willow, I think it is a special name but then I have great prejudice. What is her coloring? Glad that she is fitting into her new family, what fun to watch the interactions. It makes me tired to think of your task of getting your second home cleaned out as I know what work that can be. I am of the opinion too if there is the least attachment to something that you should keep it, you might regret it later if you don't and there is always Goodwill if you change your mind. I know you are very busy but our St. Louis Blues are playing hockey again, their next game is Thursday. The hockey league is doing a new format to get into the playoffs for the Stanley Cup. Don't overdo your work, stay rested. Glad you are home safe.

I have been catching up on reading the posts, and enjoying all the pictures. Very enjoyable to read what everyone has written.

I have not done a lot this week. Bought groceries on Monday, and did laundry.

Our weather is still hot, but we have enjoyed a little rain, late at night.

I am glad to know you are home, and so interested in Willow. She is a blessed little kitty to have you take her in. I hope you can post a picture of her. What color is she? It sounds like your kitties made it okay while you were gone.

I hope you were able to get all the fruits, veggies, and fish you wanted today. I have some cod in my freezer.

I  cooked a brisket in my oven over the weekend, and we enjoyed it. So tender. I use The Pioneer Woman recipe, and it always turns out so good. We had okra, mashed potatoes, and butterflake rolls.

I lost 8 pounds during July by following WW.

Have a good night.

This is very cute.

The mouse in the house shoes ! The mouse handing off a cookie ! 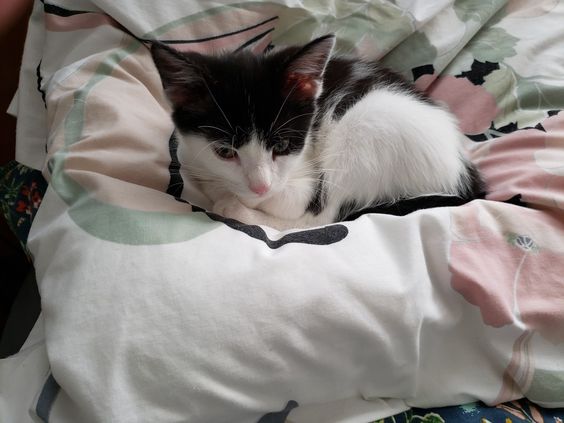 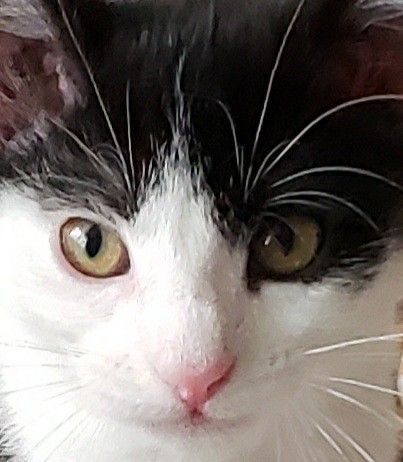 Tissyanne,   The above photos are of Willow.   I took them while in Oklahoma before I knew she was coming home with me.   She's so full of energy,  she's wearing Biscuit out and Biscuit is only 1 year old as of July.

Today was my 59th wedding anniversary,  the last 20 I've celebrated them alone, without Charlie.   Most of those last 20 years,  I was in Florida at my son's home.

I went over to my other house today to check on things and pick up the mail.   When I pulled into the driveway,  I saw that someone had stolen my old Lincoln Continental.   Apparently they just towed it away.  They don't have the keys to it or the title.   I called the people who are buying my house and asked them if they'd already donated it, but they knew nothing about it so I called the police and made a report.

Before that I'd gone on line to bring my checkbook up to date with the things I'd bought over the last day or so and when I got to the bank site, my checking account showed a 0 balance.  I almost flipped out as last night it was very healthy with plenty of $$ to pay bills etc.   I called Bank of America and they told me there'd been a glitch and not to worry,  my money was there and safe,  Wow,  what a relief.   I couldn't imagine what had happened.  I told the guy I was old and they'd almost given me a heart attack.  I checked a bit ago and my $$ showed up again.

Kind of a weird day and anniversary remembrance.   Won't forget these events for a bit.

Your brisket sounds so good.  I've never fixed brisket, but do love it.  Love brisket sandwiches and brisket nachos.   Had some while in OK.

I hope you are doing well.  I'd love to lose 8 pounds a few times over.  Our weather has been beautiful the past couple of days,  highs in the low 70ies and lows into the upper 50ies last night and maybe tonight.   Love the cool weather ahd wish it would stay into Autumn.

Below is a photo of Biscuit and Willow, sleeping on the sofa.  I just took this picture a few minutes ago.   Best friends? already.? 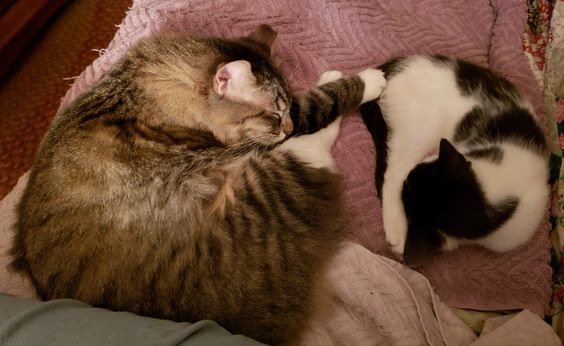