@ECBG  It's a mandate in our state also. Walmart and Target had announced (before the mandate) that masks were required in their stores.  However, even with the state mandate, they will not enforce the law for protection of their employees. Apparently, when employee were notifying people of the store's requirement to wear masks they were being verbally and physically attacked. So, for the welfare of their empoyees, they are not enforcing the rule. 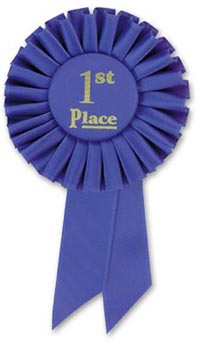 I can truthfully say that I never knew that Americans were so freakin stupid as to not wear a mask. No wonder the rest of the world isn't suffering deaths and sicknesses like we are, their brains tell them if you wear a mask, it helps. I'm so sick of hearing even a discussion about this, please stop giving the stupid ppl a pedestal to inform ppl they don't wear a mask. They show what kind of ppl they are after making a statement like that.

@wishmoon  I guess you haven't been reading these forums very closely.

RE: EARRING BACKS.   TRY MICHAELS CRAFT SHOP.  IT'S IN THE SECTION FOR MAKING YOUR OWN JEWELRY.  THEY HAVE TINY BAGS WITH DIFFERENT TYPES.  I GOT SOME OF THE ROUND BACKS THAT KEEP YOUR EARRINGS ON STRAIGHT.  I GAVE LOTS OF THEM AWAY....ALL OF US HAVE EARRINGS MISSING A BACK.

Store employees including management aren't paid enough to enforce the mask mandates. Most law enforcement has said they aren't going to enforce it, so what would make someone paid to work retail want to put their safety at risk and confront customers?

People have had guns pulled on them, been threatened and followed in the parking lot and accosted, for calling out those not wearing a mask.

It just boils down to this. If it matters greatly to someone that they be in a mask wearing environment, they need to pick and choose where they go, go early in the day when there are fewer people and hours set aside for those with special needs. Order online, have someone who isn't compromised or isn't afraid to be out do their shopping.

It just isn't realistic to think that we are going to convince or control everyone into wearing a mask. And we really can't expect underpaid retail workers to risk their safety to enforce something that even the police have said they won't.

The whole world can wear masks and lower their covid rates but here in the US where we have the most cases it is a cause for debate. Is it connected to anti- science views?

I have to say, I'm beyond sick of the 'anti-science' label.

Let's face it, the 'science' of anything has more than one view/opinion depending on who is behind the research and interpreting it, and who is funding it.

And the 'science' of this virus has been a joke. We have been lied to from day one, with the doctors at the highest levels telling us 'the general public doesn't need a mask' and actually shaming anyone that was proactive enough to have one, when health care workers didn't have a supply. Now to be told it will fix the whole thing. Ok, sure, which is it?

The number of deaths are being falsified. The tests are often wrong (whether on purpose to skew the numbers, or just not performed correctly).

I think people need to understand that to not believe the powers that be about some health or science issue isn't anti science. It's lack of confidence in a system that is biased, has an agenda, is money and politics driven. It's a reaction to being lied to. It's having the understanding that science is ever changing, and what is believed to be fact at one point in time, is often found to be wrong as time and research goes on. It's being smarter that just blindly believing and following a system that really has lost credibility.

SOME PEOPLE DO TAKE RISKS.  USUALLY, IT ONLY AFFECTS THEMSELVES.   NOT ALWAYS.   BUT THIS VIRUS IS "AIRBORNE"!!  IT LINGERS.  MY MASK WILL PROTECT YOU FROM MY MOIST OR WET EXHALES.  YOUR MASK WILL PROTECT ME & OTHERS FROM YOUR EXHALES, WHETHER FROM BREATHING OR TALKING.    I HAVE A 1 MONTH OLD LITTLE GREAT-GRANDDAUGHTER THAT I HOPE TO SEE IN ABOUT A WEEK.   I HAVE AN (ALMOST) 4 YEAR OLD GREAT- GRANDSON AND HE IS GOING TO HAVE A BABY BROTHER IN ABOUT 3 WEEKS.   I'M VERY CAREFUL, HAVEN'T GONE OUT MORE THAN 4 TIMES IN 5 MONTHS.  MY HUSBAND GETS DOES THE GROCERY SHOPPING...HE  ACTUALLY LIKES IT.  WE'RE ALL VERY CAREFUL...MASKS,  PLASTIC BAG IF HANDLING GAS PUMP, ETC.   THERE ARE SOMETIMES WE HAVE TO MISS HAVING BABY SHOWERS AND BIRTHDAY PARTIES.  I WOULD NEVER WANT TO CAUSE PASSING A DEADLY VIRUS TO SOMEONE ELSE.    IT'S A SHAME THAT IN THIS COUNTRY SO MANY PEOPLE ARE NAIVE OR SELFISH THAT BEING CONSIDERATE OF OTHERS  IS TOO MUCH TO EXPECT.  WITH OR WITHOUT LAWS & MANDATES.   I THINK THIS IS WHERE "LOVE OTHERS AS YOU LOVE YOURSELF" COMES INTO PLAY.    AS OF TONIGHT (7/27/20) THERE ARE MORE THAN 4.2M FELLOW AMERICANS THAT HAVE SUFFERED FROM THE VIRUS AND OF THAT NUMBER, 148,156 HAVE DIED.    WHEN THOSE PEOPLE NOT  WEARING MASKS BREATH GIDDILY INTO OUR AIRSPACE AND GO MERRILY ON THEIR WAY, KNOWING THEY WASHED THEIR HANDS.....WHAT IF THE NEXT PERSON TO "INHALE" IS A  TEACHER?   BABIES & LITTLE CHILDREN DO GET THIS VIRUS AND THEY SOMETIMES DIE.  HEAVEN HELP US ALL.   THIS RANT IS INTENDED TO THOSE FOLKS....HOPING THEY WILL RECONSIDER.

@mominohio  So you know we get a vaccine it's because of science. But you probably won't get vaccinated because Bill Gates is going to chip you. November can't come soon enough.

HI,  THIS IS JAN.   THERE IS A DIFFERENCE BETWEEN ART & SCIENCE.  AS FAR AS I KNOW, 2 PLUS 2 IS ALWAYS 4.  SCIENCE MEANS SOMETHING HAS BEEN TESTED AND IF REPEATED...IT WILL ALWAYS GIVE THE SAME RESULT.   AS A

RETIRED PROGRAMMER/ANALYST, WE HAD A SAYING:  "GARBAGE IN--GARBAGE OUT".   IF THE DOCTORS, NURSES, SCIENTISTS ARE WRONG, AND YOU ARE RIGHT, IT WON'T MATTER.   BUT, IF YOU ARE WRONG AND THEY WERE RIGHT, PEOPLE WILL CONTINUE TO SPREAD THIS VIRUS AND MORE WILL DIE.   HOW, ABOUT IF WE TRY THEIR WAY, FIRST.

DOES ANYONE ACTUALLY THINK THAT INTELLIGENT, DEDICATED MEDICAL PERSONNEL WOULD WORK LONG HOURS, SOMETIMES WITHOUT ANY DAYS OFF FOR WEEKS AT A TIME...THAT THEY WOULD BE ON THE EDGE OF PTSD JUST LIKE IN WARTIME....FOR THE SAKE OF PERPETUATING SOMEONE ELSE'S CONSPIRACY THEORY?    THEY'RE NOT JUST "ANTI-SCIENCE"...THEY'RE  ANTI-COMMON SENSE.  THEY'RE JUST FOOLING THEMSELVES.  SAD.

Please don't type in all caps.

It's hard on the eyes of the reader, and it's considered to be screaming.

The Sky looks different when you have someone you love up there.
Report Inappropriate Content
Message 59 of 86 (439 Views)
Reply
3 Hearts
Lianne
Valued Contributor

@mominohio  So you know we get a vaccine it's because of science. But you probably won't get vaccinated because Bill Gates is going to chip you. November can't come soon enough.