Auto-suggest helps you quickly narrow down your search results by suggesting possible matches as you type.
Showing results for
Search instead for
Do you mean
Reply
Topic Options
qualitygal
Honored Contributor

I only heard a snippet of news on this today.  Maybe our NM lady can shed light on this, if she knows.

Heard it was sold and only a little bit on what the purchasers are using it for now.  I had no idea it was that large.

I know it was used for kids with cancer a few years back, but now it's gone for that.

Kachina, any help on this?

.  This was such a labor of love, an opportunity for kids with cancer to experience the joy of riding horses, roping, and having a reprieve from their hospital stays.

All I know is that it was on the market for several years and was "marked down" from $35 million to $19 million.  It has apparently been sold for $12.5 million to Patrick Gottsch, creator of the Cowboy Channel cable TV network.

It was sold in April.  I don't know what the plan is for its future but now you have me curious.

If I find out anything else, I'll post it.

This is what the realtors had posted on imusranchforsale.com.

The Ranch was founded 16 years ago to create an authentic working Cattle Ranch with the sole purpose of providing the experience of the great American Cowboy to children suffering from cancer. The objectives were to encourage a sense of achievement, responsibility, and self esteem, and help restore their dignity, as these kids learn just how much they are able to accomplish.

The Imus Ranch is a 501 (c)(3) non profit organization. Just 40 short minutes from historic Santa Fe, the property consists of over 3,400 acres in the Pecos River Valley. There are expansive views from Rowe Mesa to the Santa Fe National Forest and the Sangre De Cristo Mountains. Over 29,000 sq.ft. of of living quarters in 11 structures and an additional 35,000 sq.ft. of barns, garages, greenhouses and sheds in another 10 different structures.

Within the ranch, there are miles of connecting roads to various meadows, pastures, stock tanks, and stocked fishing ponds. The entire property is fenced. The Ranch is totally and completely environmentally pure. No pesticides or synthetic chemicals of any kind are used in the gardens, greenhouses, or farming. All ranch cleaning agents are non-toxic, biodegradable, naturally derived materials that are free of all known or suspected carcinogenic substances. The Old Western Town rivals any movie set in Hollywood.

Santa Fe, New Mexico – RFD-TV announced today the purchase of the historic Imus Ranch located near Ribera, New Mexico.  Established in 1998 by Don, Deirdre, and Fred Imus and built to headquarter the Imus family charity’s efforts to support Kids With Cancer, the 3,000+ acre spread has its own western town, 14,000 square foot Hacienda, an indoor & outdoor rodeo arena, greenhouse, plus a 25-stall horse barn and other facilities to support traditional ranch operations.  Terms of the sale were not disclosed.

“The Imus family built this ranch from scratch that is so well designed that the complex can now be adapted immediately for a wide variety of uses,” stated Patrick Gottsch, Founder & President of Rural Media Group, Inc.  “RFD-TV The Ranch fits perfectly into our desire to produce more original television programming that embraces western sports and the western lifestyle for both RFD-TV and The Cowboy Channel.”

Trigger and Bullet, Roy Rogers’ famous horse and dog, will be on display in the authentic western town, which also features its own Marshall’s office, company store, and other buildings whose exteriors rival any movie set.  RFD-TV bought Trigger and Bullet at the 2010 Christie’s auction of the Roy Rogers museum.

Plans also include using the property to host a wide variety of company sponsored events, inviting key clients to be guests of the network(s) for sales seminars and corporate retreats in a totally unique, and private, setting.  In addition, the present facilities will be expanded in 2018 to include a health spa, shooting range, dance hall, ATV experience, convention center, bass fishing and other recreational activities to eventually transform RFD-TV The Ranch into one of the world’s premiere western resort destinations.  In March/2019, RFD-TV The Ranch will open itself up to the public for family-oriented, western-themed vacations.  Currently, there are 35 beds available for guests in the Hacienda and western town, along with a commercial kitchen, heated pool, and many horse trails located throughout the spectacular grounds and up to the scenic mesa.

For the past year, RFD-TV has been producing the new hit series Debbe Dunning’s Dude Ranch Roundup, which visits a different dude ranch each week.  The series has proven to be very popular with urban audiences, who are expected to be the first in line for a chance to experience genuine western entertainment from RFD-TV.  The series will move production to RFD-TV The Ranch in 2019, where the former Imus television and radio studio can be used for interviewing celebrity guests on location.

Rural Media Group, Inc. is the world’s leading provider of multimedia content dedicated to the rural and Western lifestyle. With a mission of reconnecting “city with country,” RMG is the parent company of RFD-TV, RURAL RADIO Channel 147 on SiriusXM radio, The Cowboy Channel, and RFD-TV The Magazine. RMG networks are distributed to more than 100 million homes worldwide by DBS, telco and cable systems including DISH Network, DIRECTV®, Comcast, AT&T U-Verse, Mediacom, Charter Spectrum, Suddenlink, Cox, and more than 600 independent rural cable systems. Corporate headquarters and broadcast operations are in Nashville, Tennessee.

RFD-TV is the flagship network for Rural Media Group. Launched in December of 2000, RFD-TV is the nation’s first 24-hour television network featuring programming focused on the agribusiness, equine and the rural lifestyles, along with traditional country music and entertainment. RFD-TV produces six hours of live news each weekday in support of rural America and is a leading independent cable channel available in more than 50 million homes on DISH Network, DIRECTV®, AT&T U-Verse, Charter Spectrum, Cox, Comcast, Mediacom, Suddenlink, and many other rural cable systems. In addition, RFD-TV can be streamed online via The Country Club at rfdcc.com, DIRECTV NOW, Roku, and Sling TV’s Heartland Extra package. For more information, please visit RFDTV.com.

About The Cowboy Channel:

The Cowboy Channel is the first 24-hour television network totally dedicated to western sports and the western lifestyle. Headquartered in the Fort Worth Stockyards, The Cowboy Channel features content focused on rodeo, bull riding, roping, reining, barrel racing, and other western sports anchor, along with western fashion, music, and movies. The lineup also features a wide variety of “live” coverage from major western events showcasing the world’s toughest and most talented cowboys and cowgirls. The network enjoys distribution into more than 30 million homes on cable/satellite systems on DISH Network, DIRECTV®, AT&T U-Verse, Charter Spectrum, Cox, Comcast, Mediacom, Verizon FIOS TV, and many other rural cable systems. In addition, The Cowboy Channel can be streamed via Sling TV’s Heartland Extra package. For more information, please visit TheCowboyChannel.com. 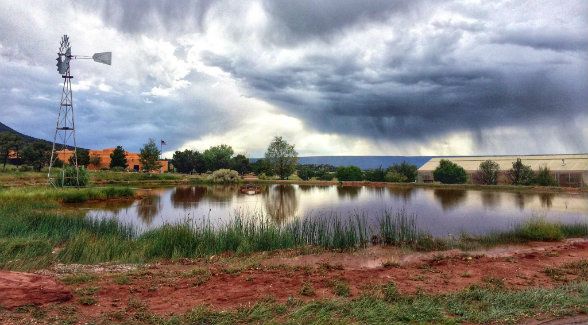 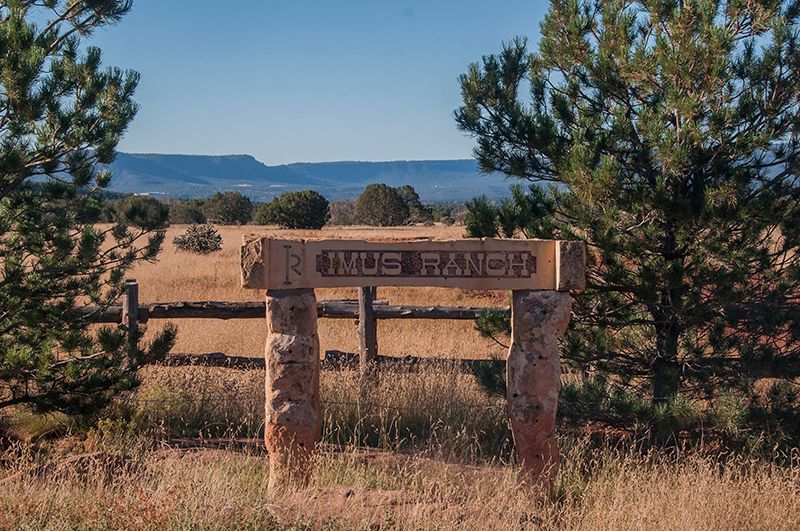 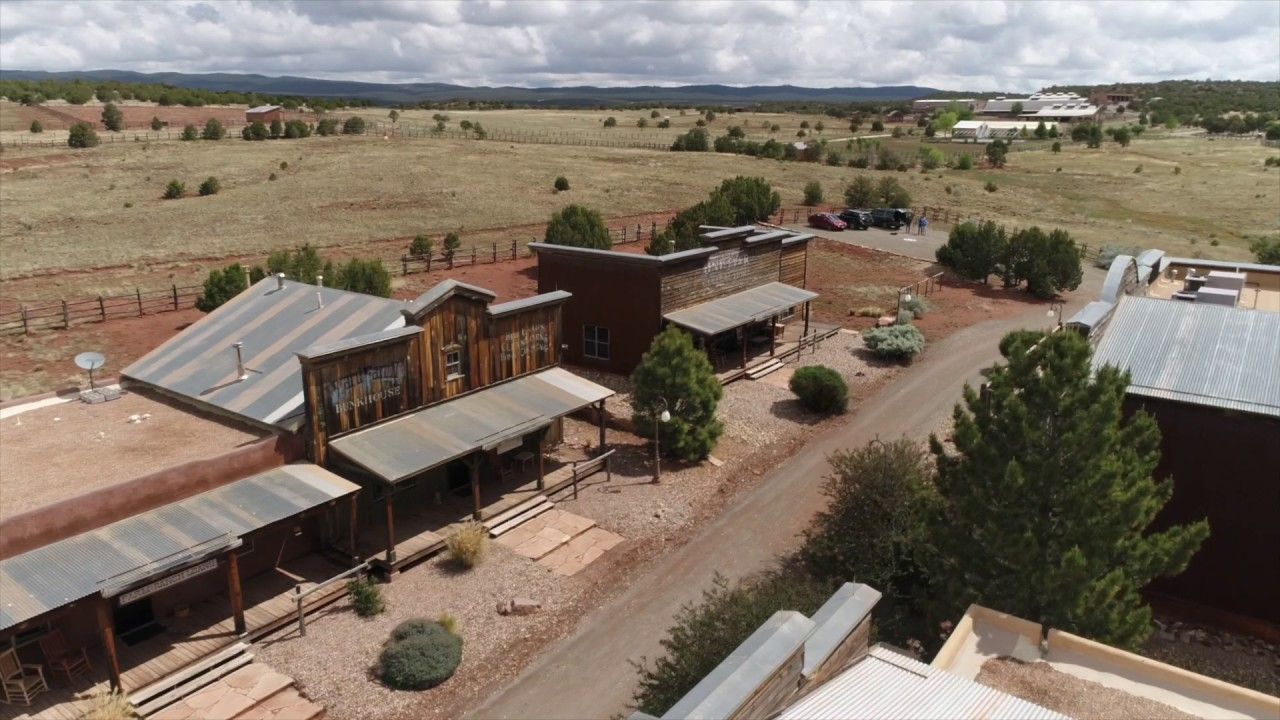 I would really like to see the Ranch become an Old West town.  We have plenty of actors, film and theatre people here and I think the new owner should recreate an old New Mexico town and have actors run the saloon, general store... you get the idea.

And here’s another side of the coin from Bloomberg News in April 2018:

The 2,400-acre (971-hectare) ranch near the small community of Ribera, New Mexico, and about 45 miles (72 kilometers) east of Santa Fe has been used to benefit children afflicted by cancer.

It was originally listed for sale at $35 million by Bell Tower Keller Williams Realty but the price was reduced to $29.9 million and the property is now listed at $19.9 million.

According to the Keller Williams website, the ranch has views that include Rowe Mesa, the Santa Fe National Forest and the Sangre de Cristos, with 11 structures. There also are greenhouses, garages, barns and sheds.

Imus and his wife, Deirdre, founded the ranch in 1998 in the Pecos River Valley as a nonprofit group to help children with cancer. It has hosted children for nine-day visits during summer months.

The ranch, which stopped taking sick children in 2014, was the subject of an inquiry into its nonprofit status and personal use of the ranch by the Imuses, according to a 2005 Wall Street Journal story.

Imus called the story a "hatchet job" and defended his ranch.

There were tax investigations by the attorneys general in New York and New Mexico, but no action was taken, the New York Post reported in 2017.

The radio host was fired from his CBS show in 2007 after using a racial slur to refer to the Rutgers women's basketball team. He later apologized in person to the team.

The "Imus in the Morning" program aired its last show on the Fox Business Network in 2015. The show was nationally simulcast on radio on Cumulus Media Networks and until last month.

His contract was set to end in December.

I only heard a snippet of news on this today.  Maybe our NM lady can shed light on this, if she knows.

Heard it was sold and only a little bit on what the purchasers are using it for now.  I had no idea it was that large.

I know it was used for kids with cancer a few years back, but now it's gone for that.

Kachina, any help on this?

@qualitygal   I think @just bee. covered the subject very thoroughly.  I only know it was for sale.  Shirley McLaine also had a ranch for sale North of Santa Fe.