Auto-suggest helps you quickly narrow down your search results by suggesting possible matches as you type.
Showing results for
Search instead for
Do you mean
Reply
Topic Options
mousiegirl
Honored Contributor

@mousiegirl   Regarding the hawk.  I observed the majestic flight of a hawk today when I walked into my backyard after I saw a cluster of feathers.  Yep, the hawk nailed a pigeon and I walked out with my nitrile gloves on to start picking up the feathers.  The hawk took the headless pigeon a few feet over as I picked up the feathers.  I paused and said, so, you doing carry out or what?  The hawk perched on the fence that separates my yard from the neighbor's yard.  I was still squatting and picking up the first pile of feathers and said, clock is ticking dude, you doing carry out or what?

In the spirit of understanding how harsh the summer has been I didn't rush the hawk with a broom or rake.  I spoke softly and hawk chose to leave and therefore forfeit the meal.

My youngest great niece's birthday is later this month and I'm expecting a text about some kind of get together.  The last get together for the other great niece's 5th grade graduation was in the backyard in June and my anxiety was off the chart when the unvaccinated branch of the family tree showed up.

The logical and usually dominant part of me (Virgo) says, if it's outside and you keep a friendly distance Bernie you will be fine.  I also realize that I am in the minority of folks who have managed to dodge this thing for 2 1/2 years and odds are my luck is gonna run out.

I'm a cusp born baby though so the other side of me (Leo) says I really don't want get long hauler ( I'm not worried about dying).  I suppose I can wait for the text and watch the weather and if it's outside attend and keep a friendly distance like I did in June. I won't be seeing this people once the weather changes and everything is indoor.

I never stopped masking in public places.  I don't know if and when I'll ever feel comfortable in a theatre again.  I've eaten delicious dinners - carry out.  I have to be honest about it - I've never been a social butterfly.  Yea I liked going out to eat occasionally and I liked movies.  For the most part this pandemic has not broken my stride.  I understand how it could be a torment for my social sisters and brothers out there.

@Bird mama   It's the variants that scare me.  DD and he have not been boosted though I have told her several times to do so.  I have been boosted once so three vaccinations.  If a newer one comes out before Christmas that works better for the variant, I may get it.

I am sorry about the pigeon, but everything has to eat, think I would have let it take the pigeon so it didn't die in vain, though I would have been very upset.

The hawk was an idiot @mousiegirl   I walked back into the garage to get a different bag and the hawk could have picked up the pigeon and taken it out of my yard.  They leave a mess when they dine in my yard and I don't like finding the occasional wing or foot.  If they carryout they can have it.  No dining in.

There are many elements: wind, fire, water
But none quite like the element of surprise
Report Inappropriate Content
Message 142 of 297 (231 Views)
Reply
4 Hearts
mousiegirl
Honored Contributor

The hawk was an idiot @mousiegirl   I walked back into the garage to get a different bag and the hawk could have picked up the pigeon and taken it out of my yard.  They leave a mess when they dine in my yard and I don't like finding the occasional wing or foot.  If they carryout they can have it.  No dining in.

@Bird mama @Epicurean  and all

I am with all of you in regards to masking. When I go indoors the mask is on. Outside I am comfortable without it. I've had 2 vaccines and 2 boosters. Now it sounds I maybe getting the 3rd booster next month. I have a rare auto immune disease so that is why I am boosted up.

It has been really cool here this weekend. It feels like fall is in the air. We will be back into the high 70's and 80' this week with rain through out the week. My arthritis/back sure are feeling it. I can't wait until I can get my back injection. That is not for another week. Plus I go in to the infusion clinic Friday for my magnesium infusion. Like I say, it is something all the time.

My mask is on for ANYTHING indoors if I am around a huge crowd of close contact people I will wear a mask. normally if outdoors on my walk and such or talking with neighbors no don't wear a mask. am all boostered up flu shot is next in line.

did full monday walk,foot is ok stiff but doing ok.

clothes in dryer, had some showery stuff roll thru this morn, looks like sun is beginning to poke thru heavy clouds.

@Bird mama   Someone posted on my neighbord site this coyote or fox carrying off a baguette that she left on her car while unloading groceries, lol. 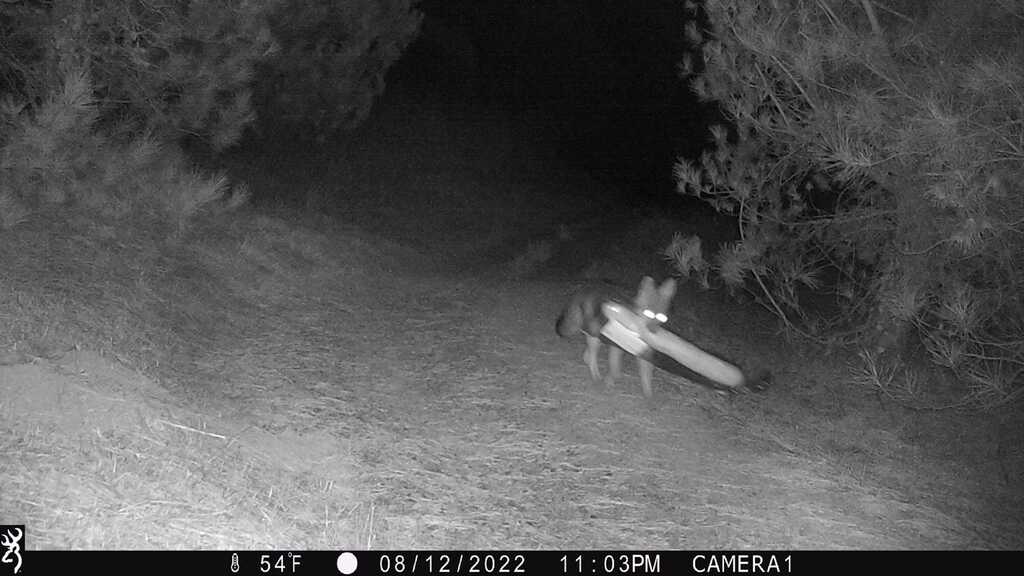 @mousiegirl  Aww you know it had to be hungry to take the bread.

There are many elements: wind, fire, water
But none quite like the element of surprise
Report Inappropriate Content
Message 148 of 297 (108 Views)
Reply
4 Hearts
Bird mama
Honored Contributor

Since you guys sometimes like to hear stories about my DIY stuff, here's how I spent Sunday.  Not a complicated DIY - extraordinarily educational for me though.

I had a conversation with my sister about the kinds of work on a house that do or do not require a permit.  As usual one thing lead to another and I stumbled across information that stated a permit was required to have a roof replaced in my city.

I'm not a goody two shoes however I don't want problems with the city - ever - so that got me thinking that a permit was never pulled when I had my roof replaced (complete tear off) in 2005.  I went through every stitch of paperwork and thought wait a minute, the guy gave me a copy of his license and liability insurance (

) surely he would have pulled a permit.

I lose hours looking cr@p like this up.  So I found out all of the building codes my city follows.  For example; the 2015 Michigan Residential Code.  They also follow current electrical codes, plumbing codes and the International Fire Prevention Codes of 2015.

It was tricky accessing the Michigan Residential code outside of a paywall - but I did - and I found Michigan Code tried to impose minimum saftey requirements and it's them saying a roofing permit is required.

Then I stumbled across the updated fire prevention code.  It's the law to have smoke detectors in the house and depending on when your house was built they have to be hardwired, communicate with each other and have a lithium sealed 10 year battery.

Lord, love a duck.  My house was built before 1974 so tracking down whether or not I was breaking the law was a real hoot.  Incidentally I have smoke alarms and a smoke/CO2 alarm in the furnace room.

After reading, for hours, the most common types of fires that kill people, I learned it's those smoldering ones that do folks in so I wanted photoelectric smoke/CO2 detectors.  Now, I like Kidde for a fire extinguisher and will be buying a new old.  I have  a Kidde that needs to be recharged and looks like it just came off the shelf however they recommend old fire extinguisher be replaced and mine is at least 20 years old.

As long as I am a homeowner I will never stop learning.
There are many elements: wind, fire, water
But none quite like the element of surprise
Report Inappropriate Content
Message 149 of 297 (105 Views)
Reply
4 Hearts
mousiegirl
Honored Contributor

@Bird mama   The house had a smoke detector that alerted the Fire Station, and an extremely loud siren throughout the house.  I set it off to often while cooking, lol, so I turned it off.

When we remodeled the kitchen, we had to have installed one in the kitchen and one just outside, in spite the existing one.

We have done work in the house that the contractor said did not require a permit, though the town wants one for almost everything done, even installing a new toilet, forget that.  We had to get one for the kitchen and laundry extension, but didn't get any for the rec room and front deck and back.