Welcome friends old and new to the Bird's Nest for August (2022).

We've pretty much passed the peak bird breeding season in Michigan and I wonder if that's the same for you.  My sparrow population got off to a later start in the spring because of colder temperatures so I'm still seeing parents working with hatchlings in my birdhouse.  I have lots of sparrow fledglings and as you can imagine, lots of exhausted parents 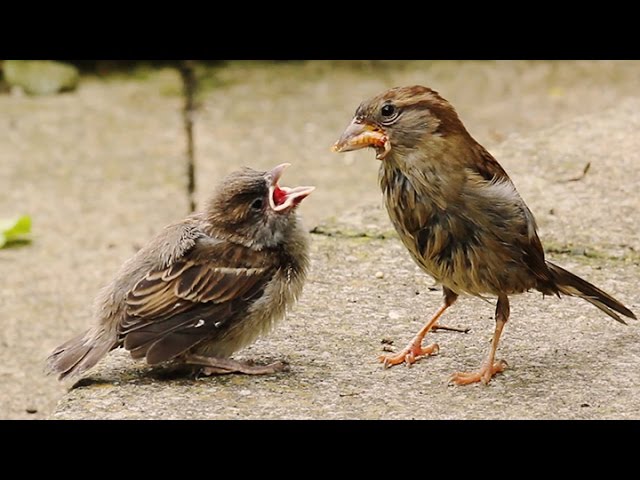 Have you noticed changes in your insect population over the past couple of years?  I'm specifically asking about fireflies, grasshoppers and crickets?

Yesterday I sat down on the sofa and naturally glanced out of the glass storm door (door opens to patio).  I noticed a large bug chilling out on the glass storm and I said, holy moly that's a grasshopper.  I had to close the inside door and go through the garage and garage addition to approach the grasshopper outside to get a photo.  I'll download it off my phone and post here sometime this morning.

When I was a kid I saw grasshoppers ALL of the time.  Yesterday I saw a grasshopper and it was an EVENT.  I mean I texted the photo to my sister and said look I have a grasshopper

She texted back that she hadn't seen one in her yard in at least 3 years.  It's been more than 3 years since I saw one on my property.  Are you seeing grasshoppers on your land?

About crickets... I used to hear crickets chirping furiously in August.  Over time they started to come earlier, like 2nd week in July.  One or two would creep into the garage and I would carefully pick them up and put them outside in the grass.  Every once in a blue moon one would find it's way into my basement and I would pick it up and put it outside to mingle with its people.

It's August first and I have not heard the chirp of a single cricket.  Are you seeing or hearing crickets on your land?

About fireflies... this year I saw my first fireflies in the back yard on June 14th.  It was so much earlier than usual I wrote it down in a journal.  I'm still seeing them, though not as many as in June and July.  I've also had 3 get into my house and start flashing when I was watching TV.  At first I thought my retina was detaching or something

and then it hit me it was a firefly.  I carefully tracked the firefly in the house, caught it in a big container and put it outside (3 times).

I read something last night from 2019 in the Smithsonian Magazine online.  This article freaked me out and it's gotta be worse 3 years later.

I don't mean to kick the month off like a Debbie Downer but I gotta ask - are you seeing or hearing less grasshoppers and crickets?

Among the trees is a bird's nest,

and in the nest her three eggs rest,

and in each egg, Hush, you'll be heard!

There lies asleep A tiny bird.

There are many elements: wind, fire, water
But none quite like the element of surprise
Report Inappropriate Content
Message 1 of 297 (1,478 Views)
Reply
10 Hearts
geezerette
Honored Contributor

Funny you should mention a lack of grasshoppers and crickets.  I've noticed the same thing the last few years.

When we first moved here about 16 years ago, both were plentiful during the warm months.  But for a while now there haven't been many at all--and I live in the middle of fields and woods, not in a subdivision.  And there has been no insecticide sprayed anywhere near here in years.

We did have a few more grasshoppers the last month or so since it's been so hot and dry, but still not the numbers as in the past.

Another thing I've noticed is that the crickets aren't as noisy either.  Maybe it's because there are so few of them. 🤷‍♀️

@Bird mama ........ don't know if I'm using the correct terminology, but, we've had 2 seperate broods of doves this year. I haven't seen a grasshopper in years, but last week  I spotted a cricket and a praying mantis on the same day. Nature is so beautiful, except for 🐍. JMO.....ETA Many fireflies in my yard, too.

When I saw the grasshopper @geezerette  I wasn't sure which variety it was and thought, wow, you look dried out.  I took a mister bottle that I've only used for water, rinsed it out and filled it with borderline cool water.  I stood about 2 feet from the grasshopper and misted it.  It hung out in the door frame by the sidelights then moved over to the bricks.  I looked at the nearby bird bath and said, dude let me sweep the patio and make a puddle of water for you.  Then I came inside and said, hmm they eat kale, kohlrabi and broccoli and I happen to have that in the Mann's Power Blend slaw mix I bought from the store.  I almost put food out for it I was so excited.  After I misted it from a distance once I left it alone.  It hung out for a couple of hours and moved on.  I could see it from the kitchen window so it was not necessary for me to approach it after the first time.

I am ready to roll out the red carpet for the grasshoppers.  I thought about how the news travelled fast among the bird community and said wait a minute Bernie - you get land up with something that looks like end of days locust invasion.

There are many elements: wind, fire, water
But none quite like the element of surprise
Report Inappropriate Content
Message 4 of 297 (1,439 Views)
Reply
6 Hearts
Bird mama
Honored Contributor

Hi @RNbynite   How exciting about the doves.  I'm glad you spotted a cricket and praying mantis.  I realize folks aren't crazy about bugs however bugs pollinate flowers and crops and keep the world going.

There are many elements: wind, fire, water
But none quite like the element of surprise
Report Inappropriate Content
Message 5 of 297 (1,438 Views)
Reply
7 Hearts
Bird mama
Honored Contributor

@geezerette  I am not a pesticides person either.  My neighbors are and I think that is impacting the journey for lack of a better word of the grasshoppers and crickets.  There haven't been pesticides sprayed around you for years but maybe wherever the crickets and grasshoppers come from have been sprayed.

There are many elements: wind, fire, water
But none quite like the element of surprise
Report Inappropriate Content
Message 6 of 297 (1,430 Views)
Reply
6 Hearts
Bird mama
Honored Contributor

Here is the photo of the grasshopper

There are many elements: wind, fire, water
But none quite like the element of surprise
Report Inappropriate Content
Message 7 of 297 (1,414 Views)
Reply
5 Hearts
Bird mama
Honored Contributor

Chippy at the end of July

There are many elements: wind, fire, water
But none quite like the element of surprise
Report Inappropriate Content
Message 8 of 297 (1,412 Views)
Reply
7 Hearts
viva923
Honored Contributor

dh got his new bridge done today at dental office. he looks so nice to missing teeth ONLY to be told his back molar broke apart and has to have acrown placed on it. he has some bad soft teeth this will be done sept 20th at 8am. dentist put on some kind of white putty around the tooth and filled up the broken area left open till new crown can be come in.

since dh was home today got my morn chores done in record time.

no hang out today, it has been misty cloudy cool humid morn.we did get some rain overnight nothing spectacular

Just hanging out. After my second hospitalization.I have to admit I was feeling rather down. I knew I had to go to the ER but just did not want to go back. My temp was 103 and I felt just awful and afraid that things would get worse. Any way,I had an abscess in my abdomen. They drained 450cc"s of fluid from my abd. and of course was on IV antibiotics.Also got a blood transfusion. Was in the hospital another week.Glad to be home now and just need to get stronger,which is taking a while.

@viva923  Good luck with your surgery.

Hope everyone is doing good.Have a good week and I"ll be back now and then.